Ukraine: Bombing and shelling in populated areas cause incredible suffering for civilians 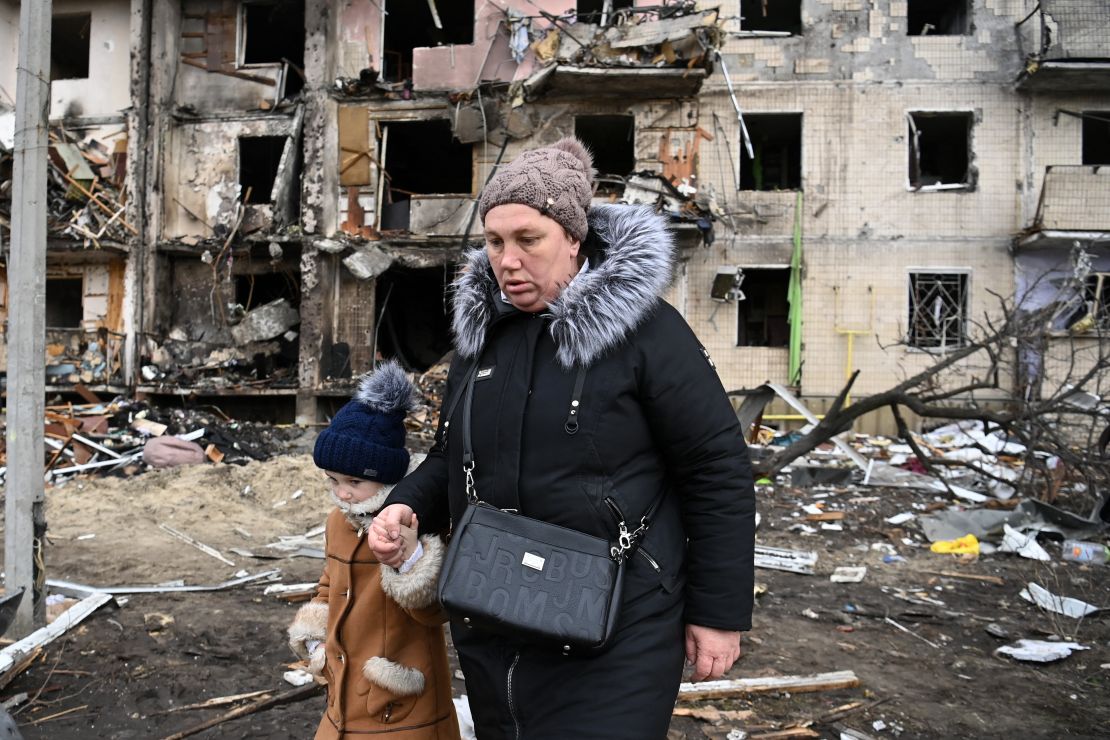 A woman with a child walks in front of a damaged residential building at Koshytsa Street, a suburb of the Ukrainian capital Kyiv, where a military shell hit, on February 25, 2022. Russian forces reached the outskirts of Kyiv on Friday the 25th of February | © Daniel LEAL / AFP

Since 24 February 2022 and the beginning of a large-scale military conflict in Ukraine, cities across the country have been the target of devastating weapons strikes. Main cities like Kharkiv and the capital, Kyiv, have been subjected to heavy bombing. According to early reports, 100 civilians have been killed and 300 injured. Bombing and shelling in populated areas cause harm to civilians in a tragically predictable way, which has been systematically observed across conflicts.

HI calls for an immediate end to the hostilities, and for the protection of civilians and civilian infrastructures from the effects of war. The use of explosive weapons in populated areas must stop. Civilians in Ukraine must have access to humanitarian aid, and their movements must be protected when they flee the conflict.

A recurring pattern of harm

“When one talks about ‘surgical strikes’, we know that in fact the imprecision or the power of the explosion causes inevitable damage to civilians. A strike aimed at a military target, like an airport for example, can hit a residential area located 300 meters away.” Says Fanny Mraz, Emergency Director at HI.

“Consequences of the use of explosive weapons in populated areas are tragically predictable. Most of the people killed or injured are civilians. Widespread bombing causes complex injuries and psychological trauma. Populations are displaced and vital infrastructures like schools, hospitals, bridges, electricity supply, and clean water supply are destroyed. Contamination by explosive remnants is left behind, and can threaten the population for decades. There is only one solution: To stop the use of explosive weapons in populated areas.” Says Fanny Mraz, Emergency Director at HI.

The use of forbidden weapons

“Humanitarian access will be a major concern: In 2021, humanitarian assistance was blocked for the most severely affected areas in the Donbass region, leaving the populations of Donetsk and Luhansk (specifically those in the ‘nongovernment controlled areas’) isolated and with limited to no access to basic services. The COVID-19 restrictions have worsened the situation.” Says Fanny Mraz, Emergency Director at HI.

“Almost 400,000 people have already taken refuge in countries neighbouring the Ukraine and thousands of others are displaced within the Ukraine. In such a situation, when a large part of the population flees an armed conflict, the main humanitarian needs are foreseeable. People need shelter; they need to have access to food and clean water, etc. We also have to ensure that injured people, people with disabilities and vulnerable people like the elderly, receive the rehabilitation care they need. We must bring them the psychological support to ease the shock caused by violence and displacement. The displaced population is mainly comprised of families with children.” Says Fanny Mraz, Emergency Director at HI.