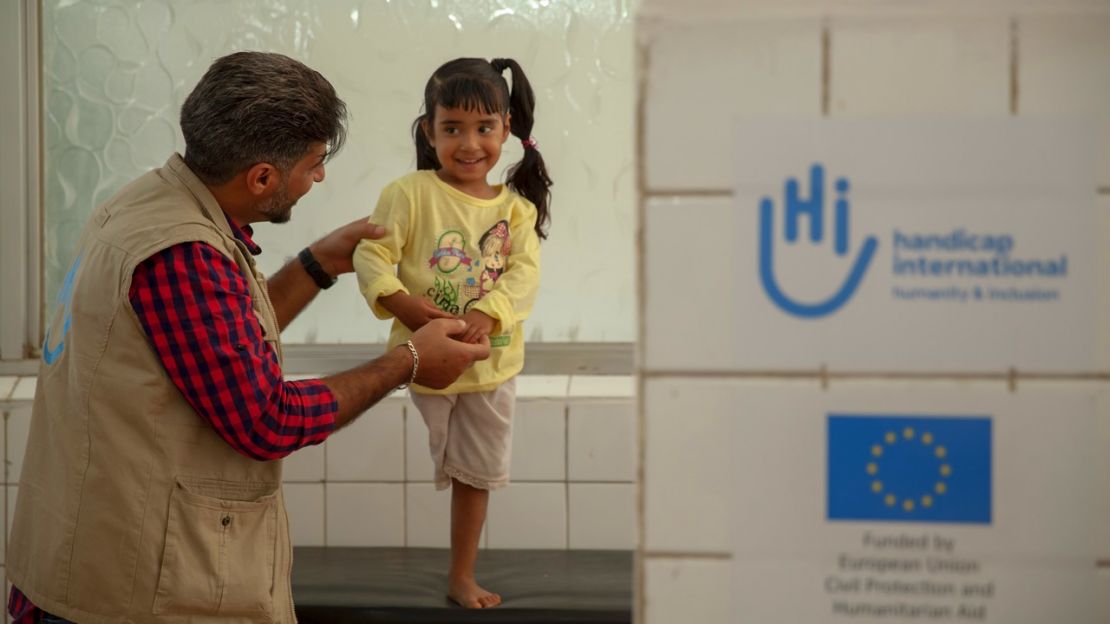 Hala is 4 years old. She was victim of a bombing on her house in Yemen. | © ISNA Agency / HI

Last Monday in Geneva, more than 70 States met for the second round of negotiations for a political declaration against the use of explosive weapons in urban areas. HI was there to recall the urgency of protecting civilians.

HI dialogues with States to encourage them to develop a strong commitment against explosive weapons in populated areas. A political declaration will be opened for endorsement on 26 May in Dublin.

When bombing take place in cities, 90% of the victims are civilians. There is an urgent need for political action: We must control the use of explosive weapons that have no place in the cities which have become today's battlefields.

Two trends are emerging among States: a minimalist stance that will simply reiterate the principles of International Humanitarian Law. It will have no impact on the ground.

A more ambitious one is to recognise the urgent need to limit the use of explosive weapons in urban areas.

HI and the coalition International Network of Explosive Weapons (INEW) support this second option. It is an ambitious declaration based on two essential principles:

Between now and the third round of negotiations on 23 March, NGOs will be particularly attentive to the contributions of States, which will be decisive for the final content of the text of the political declaration.