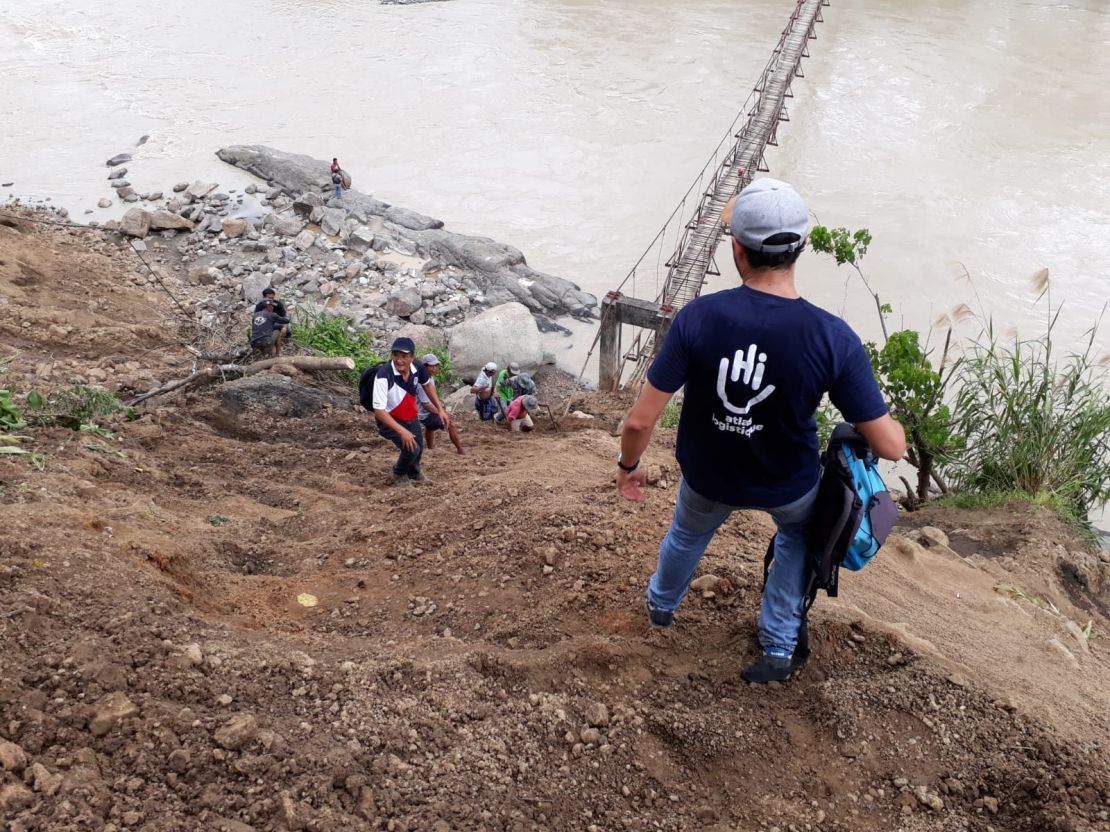 Typhoon Mangkhut, which struck the Philippines on the night of 14 September, affected more than one million people. As part of its relief effort, HI is helping people affected by the storm clear debris from roads.

More than one million hectares of crops destroyed or damaged

HI emergency experts have assessed the needs of disaster victims in Kalinga and Ifuago provinces, in the Cordillera region.

"More than one million hectares of farmland were destroyed or damaged in the Philippines. In Pinukpuk, Cordillera, 90% of maize plantations and 60% of rice plantations were flattened. The most vulnerable individuals are people living in remote areas, who can no longer travel by road due to landslides, and farmers, people with disabilities, children and older people. Because rice and maize crops were destroyed on a massive scale, one of our priorities is to help farmers access new sources of income. Higher food prices make it vital to ensure affected people can access food (dry foodstuffs, such as rice, etc.). Another priority is to help communities quickly clear blocked roads and public areas"

explains Reiza Dejito, Director of HI in the Philippines.

HI plans to distribute clearance kits containing a wheelbarrow, shovel, knife, hammer, gloves, etc., to 80 families in Pinukpuk municipality. Shared with everyone in the district, these kits will be used to clear roads and public areas. More than 400 untrained workers will be hired for these tasks and given money in return.

“We met with the head of the municipality who said he was very happy with this project, because he wants the roads cleared as soon as possible. It’s also good for a community to work together on a joint project: this type of activity builds bridges and helps people overcome the trauma of the disaster. The workers will be able to buy food at the market with the money they earn, for example. It’s a project that makes a big difference to everyone,"