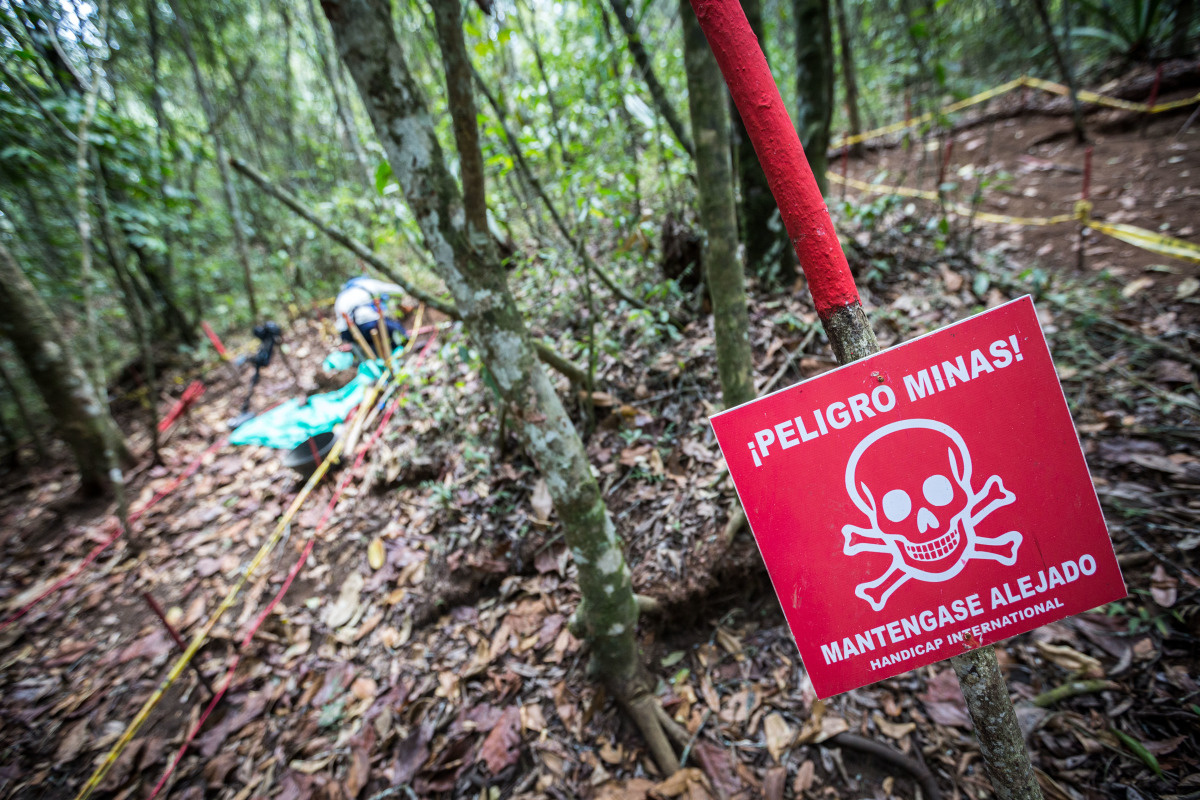 Field where deminers were trained in January 2017 in Cajibío, Cauca department. | © Jules Tusseau/HI

25 years ago, the adoption of the Ottawa Mine Ban Treaty marked an unprecedented diplomatic victory over these cowardly weapons. The Treaty led to a decline in the number of casualties, the destruction of millions of mines and a virtual end to their use. Since 2014, mine use has made a reappearance in conflicts, with a subsequent increase in the number of casualties. The 25th anniversary of the Ottawa Treaty is an opportunity to urge States to step up their efforts and put a permanent end to the use of landmines.

The undoubted success of the Ottawa Treaty

The Ottawa Treaty was adopted on 18 September 1997 thanks to a staunch campaign led by the International Campaign to Ban Landmines (ICBL) of which HI is a founding member. The Treaty bans the use, production, transfer and stockpiling of anti-personnel mines and places an obligation on countries to assist victims. A major victory for the States and organisations involved, it was the world’s first treaty to ban a conventional weapon. It was opened for signature on 3 and 4 December 1997 in Ottawa and entered into force on 1 March 1999.

The Ottawa Treaty has enjoyed 25 years of undoubted success. There are currently 164 States Parties to the Treaty, representing more than 80% of the world’s countries. Twenty-three States have completed their mine clearance programmes since the Treaty entered into force in 1999. In total, over 3,300km2 of mined area has been cleared globally and over 5 million anti-personnel mines destroyed. Fifty-five million mines stockpiled by States have been destroyed. The use of anti-personnel mines is now widely stigmatised across the world.

Since 2014, after 15 years of steady decline, the number of casualties has been increasing. Published on November 17th, the 2022 Landmine Monitor report, which measures the impact of the Ottawa Treaty, revealed that the number of new casualties of anti-personnel mines and explosive remnants of war reached 5,544 in 2021 (compared to 3,456 in 2013 – the lowest figure since 1999).

This high figure is mainly due to the growth in the number of armed conflicts and increased contamination by improvised mines since 2015.

In 2022, the use of landmines by the Russian and Myanmar armies, as well as by non-state armed groups in five countries (Central African Republic, Colombia, the Democratic Republic of Congo, India, and Myanmar), are the main factors behind a sharp global increase in the use of these weapons, reports the 2022 Landmine Monitor.

In 2021, international support for victim assistance reached the lowest level recorded since 2016 ($25.6 million). 27 States Parties with significant numbers of landmine survivors did not receive any direct victim assistance funding. Healthcare and rehabilitation activities remained underfunded and faced numerous and increasing challenges in many countries, including accessibility, coordination, expertise, and the procurement of materials.

“To coincide with the 25th anniversary of the Ottawa Treaty, HI is calling on the international community to implement all of the obligations set forth in the Ottawa Treaty: to clear contaminated areas and remove the threat posed to civilians by anti-personnel mines; to destroy stockpiles; to step up efforts to help casualties and families who are victims of these weapons; to call on remaining non-States Parties to join the treaty and to increase funding for the fight against mines and explosive remnants of war.” Anne Héry, Director of Advocacy at HI.