In Ukraine, children with disabilities live in horrific conditions 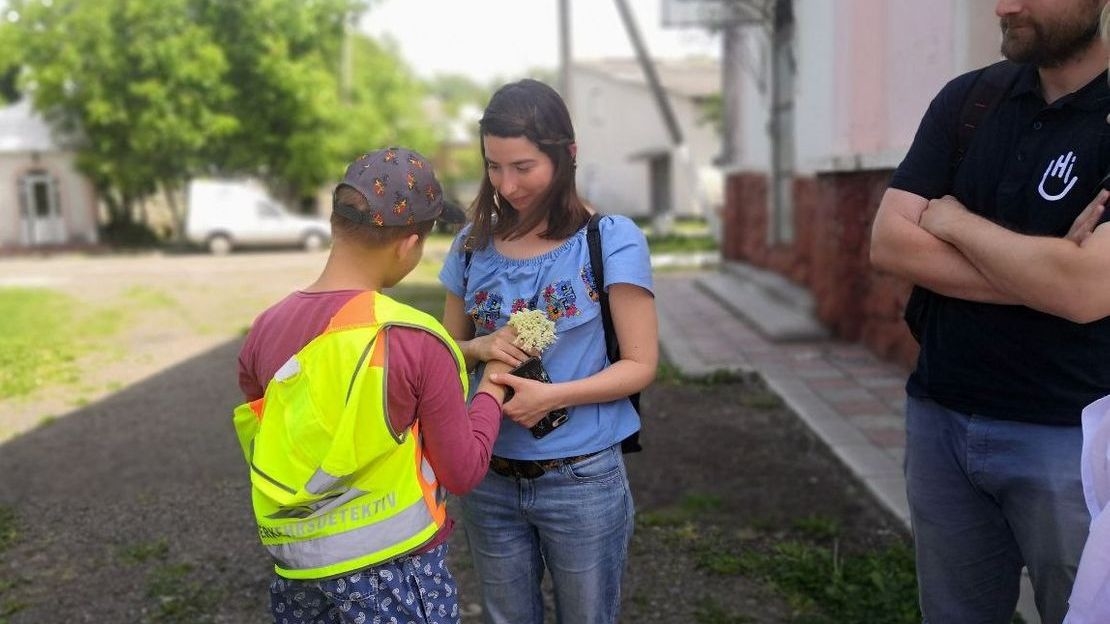 The situation of disabled children affected by the war in Ukraine is truly shocking.

In such a chaotic situation, where whole populations are fleeing unimaginable violence, people with disabilities are often isolated, unable to access aid or services, and at risk of abuse or neglect.

Handicap International – Humanity & Inclusion (HI) works around the world to promote the inclusion of all people with disabilities and respect for their dignity and rights. As a humanitarian organisation, we respond to the needs of the most vulnerable people in a crisis. We take a practical approach, working with the specific situations that we encounter on the ground.

Preserving the dignity of people with disability

Ukraine, like many countries around the world, had a pre-existing system of residential care before the war erupted in February. We do not endorse the institutionalisation of people with disabilities, but the reality is that sometimes people, including children, may find themselves with no other realistic alternative when fleeing the dangers of war.

In one instance, a centre housing just 10 children received an additional 42 children with severe disabilities overnight. Many staff quit, leaving those remaining totally overwhelmed, with insufficient funds or supplies, and little capacity to provide even basic care for the number of children.

“The priority was to save lives”

In such extreme cases, the conditions confronted by our emergency teams have been so severe that we have had to intervene immediately in order to save the lives and protect the welfare of the individuals concerned.

In an interview on 14 July, Caglar Tahiroglu, HI’s Emergency Mental Health and Psychosocial Support Manager, shared her experience working with one of HI’s first teams to arrive at the centre back in March.

“The medical doctor explained to us that they had a call from the East telling them that they needed to evacuate 42 children with severe disabilities because of the bombardments in the region,” Caglar explains. “They were putting them in a bus and they would arrive in 10 hours. This is how little time the centre had to prepare for the arrival of these children and we are talking about children with very specific needs. When we saw the needs in the institution, the priority was to save lives with an emergency response. As Humanity & Inclusion, we don't generally work in institutions because of course we support a more inclusive approach and the inclusion of people with disabilities into the community. But this is a war situation. When we entered the institution and saw the state of the children and the staff, with all the team we thought ‘we have to do something, we have to do something’. Otherwise, it could have dramatic consequences. It's already dramatic, but it could have become even more dramatic.”

As part of our response to the crisis in Ukraine, HI emergency teams are working across the country in centres housing children and adults with disabilities to improve the standard of rehabilitation care, provide psychological support, ensure that their dignity is maintained and deliver desperately needed items such as mobility aids and sanitary supplies.

Find out more about our Ukraine emergency response