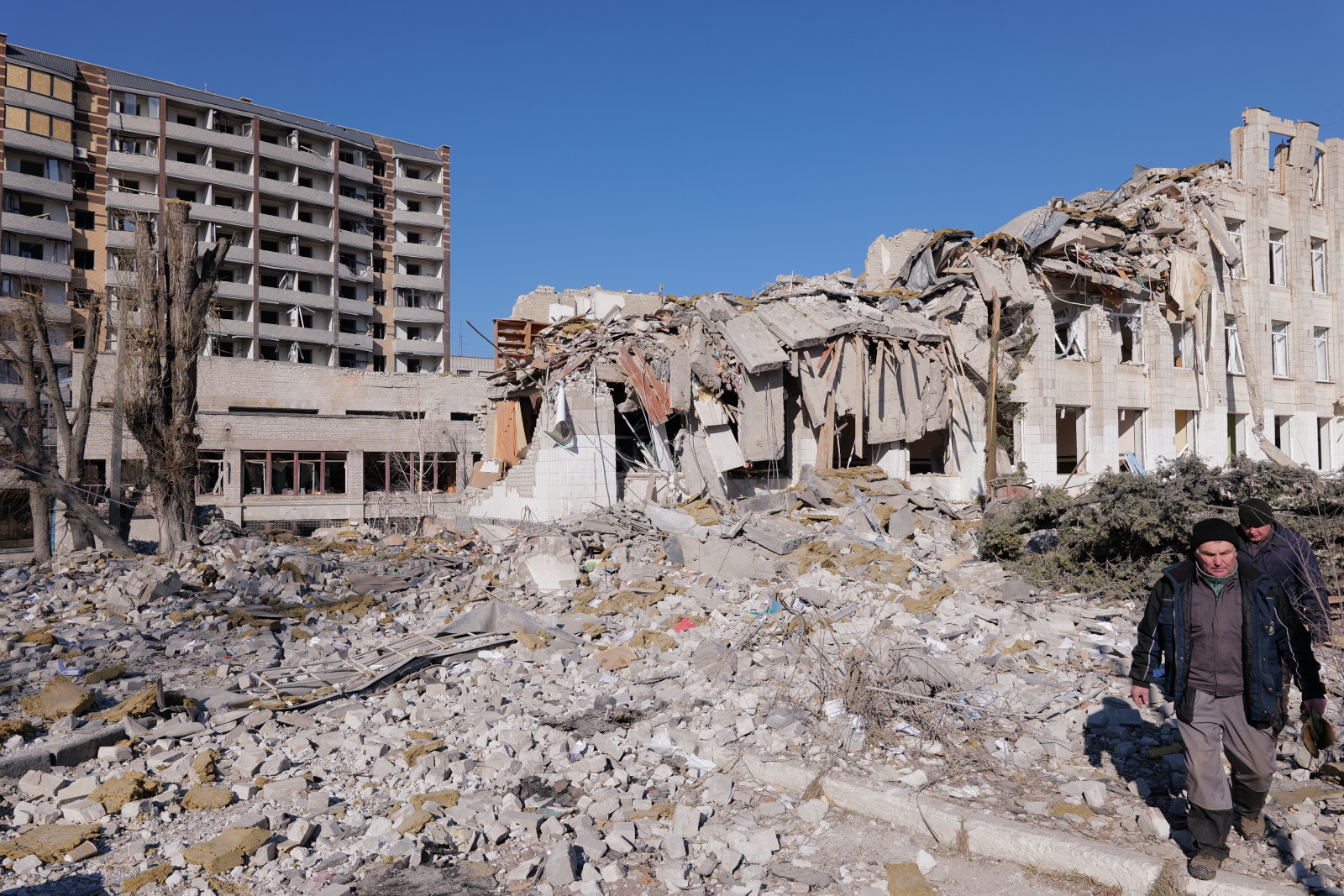 Image of destruction following bombing in a populated area in Kiev, (Ukraine). | © Till Mayer / HI

Released today, while the Ukrainian crisis enters its sixth months, the 2022 Cluster Munition Monitor report reveals that at least 689 civilians were killed or injured during cluster munition attacks in Ukraine for the first half of 2022. No new attacks using cluster munitions were reported in other countries.

The conference of State Parties to the Oslo Convention, which bans the use of cluster munitions, is due to take place from the 30th of August to the 2nd of September in Geneva. HI is calling on states to systematically condemn the use of these barbaric weapons and to hold accountable those responsible for their use.

The 2022 Cluster Munition Monitor report assesses the implementation of the Oslo Convention which bans the use, production, transfer and stockpile of cluster munitions, for the period from January to December 2021. The report also covers the first half of 2022, when information is available.

In the first half of 2022, new uses of cluster munitions were reported only in Ukraine where Russian forces conducted hundreds of attacks and Ukrainian forces have also used the weapon several times.

According to preliminary reports, at least 689 civilians were killed (215) or injured (474). This figure would represent a 302% increase compared to the global total observed in 2020, which included both victims of attacks and remnants. The actual casualty total is likely greater due to challenges with casualty recording.

This preliminary 689 new casualties would be the heaviest toll recorded in recent years. In 2016, more than 800 new victims of cluster motions attacks were recorded, the vast majority were in Syria. The Syrian government use of cluster munitions was widespread in between 2012 and 2018. Cluster munitions were also used extensively in Syrian-Russian joint operations.