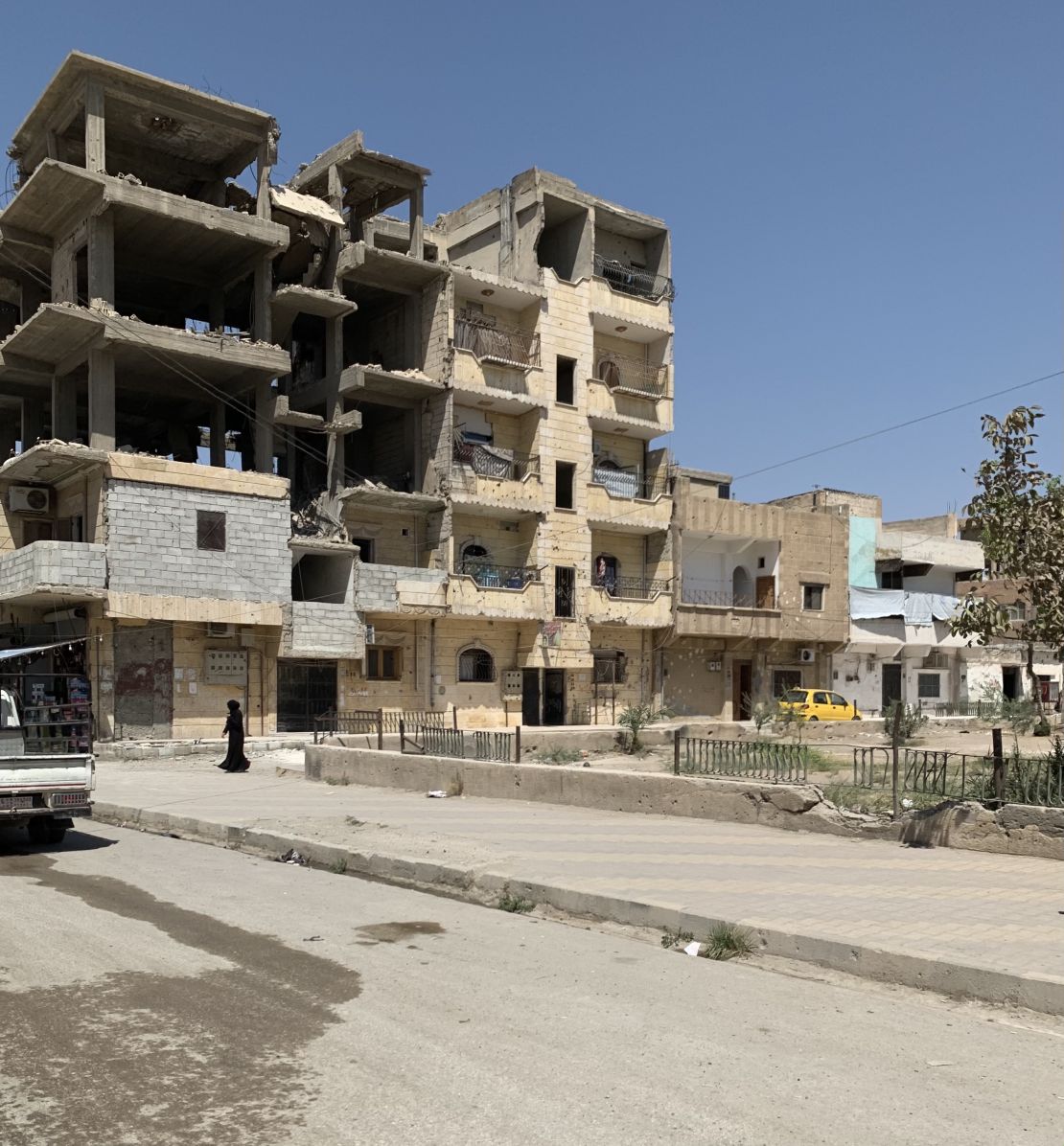 Photos of destruction in Raqqa, North Syria, 5 years after the fighting and the heavy bombing that occured in 2017. | © A. Rodgers

11 years after the start of the conflict in Syria, the humanitarian crisis is only getting worse. Humanitarian needs are immense while access to people in need remains a major challenge.

Even when the conflict ends, rebuilding Syria will take generations: the level of destruction of infrastructure, contamination by explosive ordnances – a level unprecedented in the history of mine clearance - and the scale of population displacement are enormous challenges to overcome.

The conflict in Syria is a clear example of the long-term humanitarian consequences of using explosive weapons in populated areas. States must support a strong international agreement against urban bombing currently being negotiated.

Destruction and contamination by explosive ordnances

Major cities like Raqqa, Aleppo and Homs have been largely destroyed by extensive and intense use of explosive weapons. Massive, continuous bombing and shelling has left millions of people without homes and forced them to flee. HI is working in Jordan, Lebanon, Iraq and Egypt with Syrians who have lost everything and need humanitarian assistance to survive.

The level of contamination is unprecedented in the history of mine clearance: contamination from unexploded ordnance (UXO), i.e., bombs, rockets and mortars that did not explode on impact, and other explosive hazards such as landmines and booby traps, is so severe that it will take generations to make Syria safe.

11.5 million people are currently living in areas contaminated by explosive hazards. Contamination with explosive remnants of war is one of the significant obstacles preventing the safe return of refugees and displaced persons in Syria. It will also be a major obstacle to rebuilding Syria, its economy and social fabric. Rebuilding cities and infrastructure in Syria will require complex and expensive clearance operations.

14 million people in Syria need humanitarian assistance – a 20% increase from last year. 6.7 million people are displaced inside the country – many of whom multiples times –, which is the largest internally displaced population in the world. 30% of the population aged 12 years and above have disabilities. 5.7 million Syrians are refugees in neighbouring countries and heavily rely on humanitarian assistance.

Ensuring access to basic services (health, food, clean water, shelter, etc.) remains an absolute priority. The current humanitarian crisis is aggravated by an acute economic crisis and the COVID-19 pandemic, making an already severe situation worse. As of December 2021, there have been nearly 200,000 recorded Covid cases and 6,666 recorded deaths,[1] however, it is believed that the real figures are much higher.

Humanitarians struggle to access all communities in need and face mounting security risks: in 2021, there were 42 recorded attacks on aid workers, over a third of whom were killed. As health infrastructure has been destroyed by bombing, health services are unable to cope with this additional health crisis. Only half of hospitals and primary healthcare centres across Syria are fully functional.