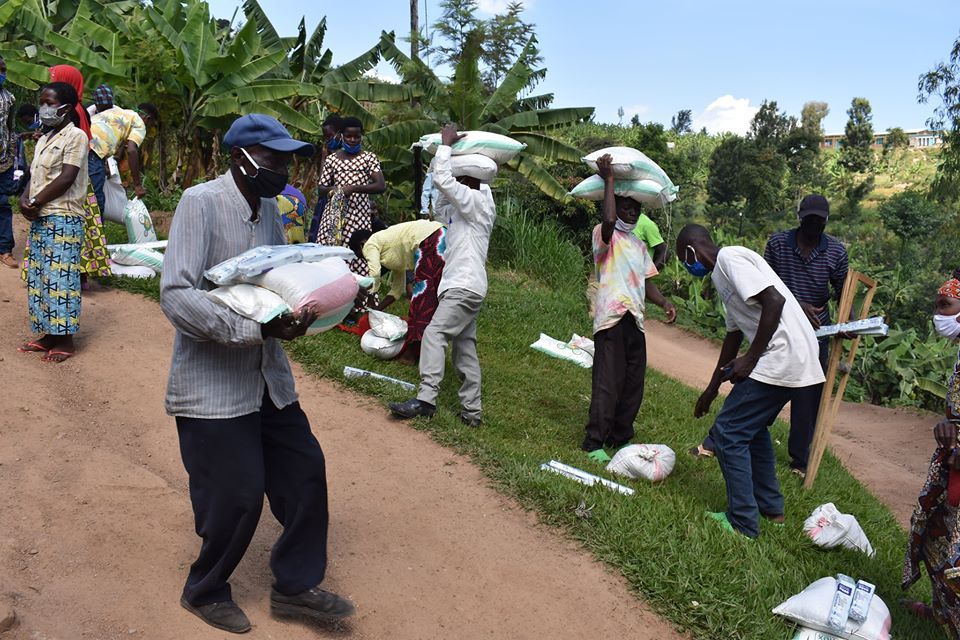 HI has responded to the Covid-19 epidemic in Rwanda by raising awareness of the virus, distributing masks and food, and adapting online courses for students

The Covid-19 epidemic has also had an impact on Rwanda, where HI has worked since 1994. The organisation has responded by adapting its activities in the areas where it operates, which include refugee camps in the eastern province of Nyabiheke. It has raised awareness of the risks of Covid-19 and its transmission among refugees, supplied them with information on how to protect themselves by washing their hands, staying at home, and refraining from touching their faces, and distributed basins, soap, and other items.

Distribution of flour and food

HI has also distributed bags of flour to parents of children with disabilities in the Mahama refugee camp in Eastern Province to prevent malnutrition among these children. It also handed out food and protective masks to more than 330 families of people with epilepsy in Rubavu district at the end of May.

Online sessions with a psychologist

HI psychologists have been conducting online counselling sessions to provide psychological support to the many people affected by the lockdown.

As a result of the Covid-19 epidemic, schools have been closed in Rwanda since 16 March and will not reopen until September. HI promotes access to school for children with disabilities and has broadcast school lessons on television with a sign language translation for children with hearing impairments. The organisation has supplied printed learning aids in Braille and large print to students with visual impairments. HI has also developed lessons adapted to the needs of students with intellectual impairments, which are broadcast on radio and television.