Roger: "The Ottawa Treaty is crucial for our demining operations in Lebanon" 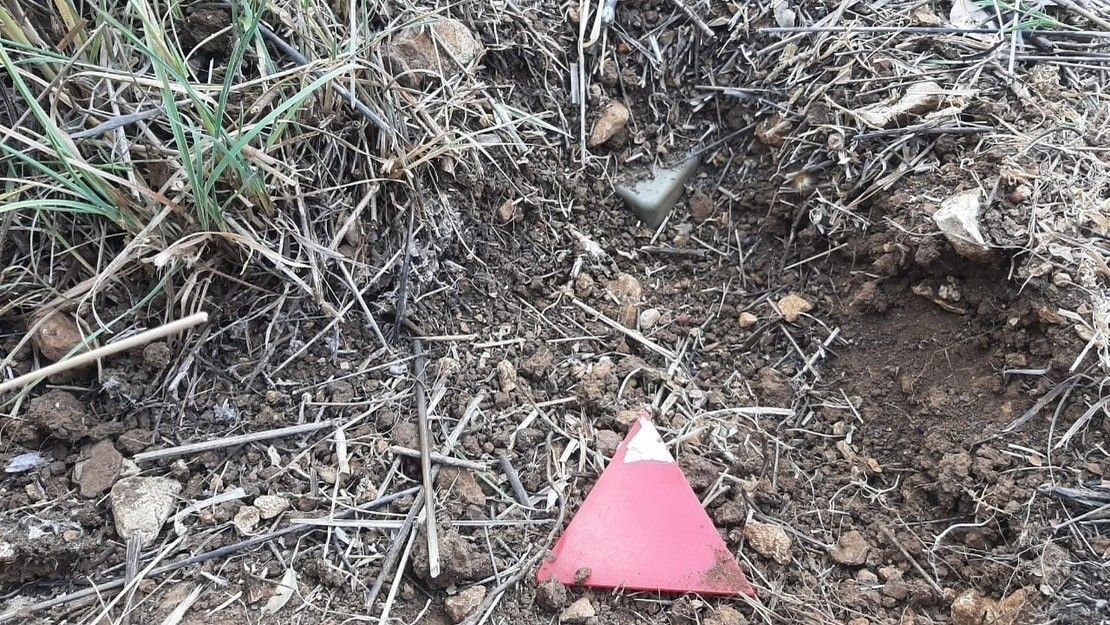 Israeli landmine found in the village of Btater in the Aley district of Lebanon and marked with a red triangle by the HI demining team. | © HI

Roger Eid is responsible for HI's demining operations in Lebanon. He explains the importance of demining and how these vital operations are carried out.

HI runs demining operations in Lebanon, particularly in the governorate of Mount Lebanon. Roger explains the importance of these operations.

What are the objectives of demining in Lebanon?

Clearing land contaminated by explosive remnants of war improves access to safe land and infrastructure for the communities affected by the civil war in Lebanon (1975 - 1990).

In addition to land clearance, HI is carrying out ERW risk education sessions in Arsal in the Baalbeck Hermel governorate. These activities aim to promote safe behaviours and reduce the risks of ERW by raising awareness among targeted communities. In total, more than 200 awareness-raising sessions have been conducted for 1,700 beneficiaries in Arsal.

What is a typical day for a deminer?

The deminers wake up very early, at 4am, to avoid working in the heat of the day. They arrive at the Aley base at 6.30am and collect the necessary equipment and tools.

The site supervisor and the team leader brief the deminers on the objectives and safety. The deminers can then start work, wearing protective equipment and carrying a mine detector and a shovel. Each deminer does six to seven 50-minute interventions per day. The team then packs up the tools and equipment and returns to the base before going home.

Our deminers have now started testing drones to locate ERW in the districts of Aaqoura and Aley. This technique is effective in collecting visual information of a hazardous area and rapidly identifying signs of ERW. The use of drones can speed up the release of land.

Where do HI demos take place?

The demining team is currently working in Mount Lebanon, in the Aley district. Our team is composed of 12 people, including seven deminers. Operations are underway in the villages of Bsatine, Btater and Chartoune. The demining zone in Chartoune is 80 metres from the nearest house, with a farm 75 metres away. The polluted area is agricultural land, where olive trees, fruit trees and pine trees had been planted. Five mines have been found so far, and destroyed on the spot.

The area to be demined is identified in coordination with the Lebanese Mine Action Centre, which has established a demining prioritisation system.

How many square metres of land have been cleared since HI began operations?

HI's demining team in Lebanon has cleared almost 1 million square metres in ten years of operations, including 10,500 square metres since January 2022. A total of 6,145 explosive devices were secured.

In total, HI operations have cleared 56 villages of mines and explosive remnants of war in the districts of Batroun, Koura and Bcharre, where 192 minefields were demined and the land returned to the community. The Cedar Nature Reserves in Niha, Tannourine and Hadath El Jebbeh have also been cleared.

Do we have an estimate of the extent of the contamination in Lebanon?

Lebanon still has more than 18 km² of confirmed mined areas, including along the Blue Line in the south of the country.

Is the Ottawa Treaty, which prohibits the acquisition, production, stockpiling and use of anti-personnel mines, crucial to the current demining operations in Lebanon?

Yes, the Ottawa Treaty is crucial to our demining operations in Lebanon. Lebanon is not a member of the Ottawa Treaty, which bans anti-personnel mines and requires the decontamination of mined areas, but it gives us the legitimacy and motivation to continue our mission in the country. The Ottawa Treaty has become an international standard; it has been joined by 164 states. It has a huge influence in Lebanon. It challenges us to expand our operations to new areas and to accelerate demining activities by testing new innovative approaches, such as drone surveys.

What are your plans for the future now that this area has been cleared?

HI will continue pursuing its commitment to landmine and cluster munition clearance. We plan to increase our teams to a minimum of two in each of the new districts in which we’ll be operating. We will be focusing on priority areas in the Mount Lebanon governorate, such as El Matn and Chouf districts. These districts were severely affected by the 1975 war; they are contaminated by many types of explosive remnants of war, including landmines and cluster bombs.