MP’s in Europe against bombing of civilians 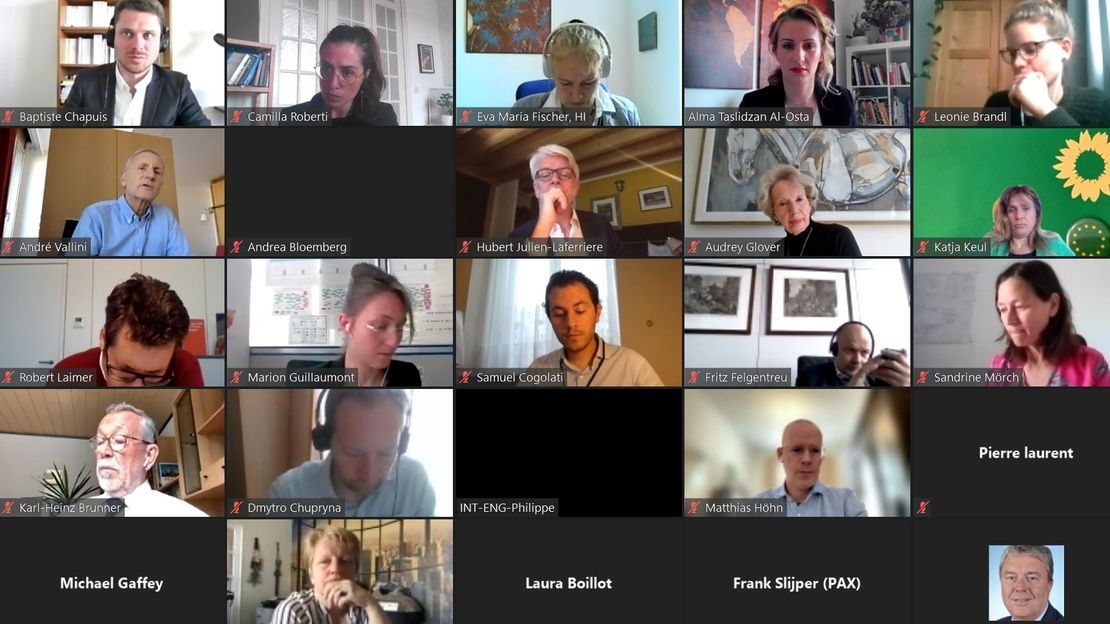 More than 170 members of 4 national parliaments call on governments to make a firm and concrete commitment to the fight against the bombing in populated areas.

The call follows an online conference organised by HI, on 27 May, and attended by 80 participants to mobilise States against the bombing of civilians.

39 MP’s from Austria, Belgium, France, Germany, United-Kingdom along a total of 80 participants attended an interparliamentary conference Thursday 27 in order to mobilise the support of their States for an ambitious international agreement to address the harm caused by the use of explosive weapons in populated areas.

At the end of the conference, 172 Parliamentarians (Belgium, France, Germany, and Luxembourg) signed a join statement to call their government to “support the development of an international political declaration to strengthen the protection of civilians from the use of explosive weapons in populated areas, and to strengthen assistance to victims of such practices.” The statement is further opened for signatures.

“80 participants attended the conference today. And more than 170 Parliamentarians signed the join statement calling their governments to commit to the current diplomatic process to negotiate a strong political declaration against the use of explosive weapons in populated areas. We are pleased by the strong commitment of so many lawmakers. European governments should not shy away from their responsibilities: In armed conflicts, 9 victims on 10 of explosive violence in urban areas are civilian. It is unacceptable. States have an historic opportunity to make a change.” says Alma Taslidžan Al-Osta, Disarmament Advocacy Manager.

Final stage of a diplomatic process

This diplomatic process started in October 2019. So far, more than 70 States have been involved.

This solution is opposed by some States like France or the United-Kingdom.  HI is calling on reluctant governments to change their position on the wording of the declaration and to make a contribution that will have a concrete impact in the field and ensure the effective protection of civilians.

Explosive weapons kill and injure civilians, cause severe psychological trauma, destroy vital infrastructure such as schools, health centres and roads, and force people to flee their homes. Bombing also leaves behind explosive remnants of war that threaten the lives of civilians long after fighting is over. It is more vital than ever to adopt a strong political declaration to protect civilians.

Laos: Chue Por, injured by a landmine at the age of 18