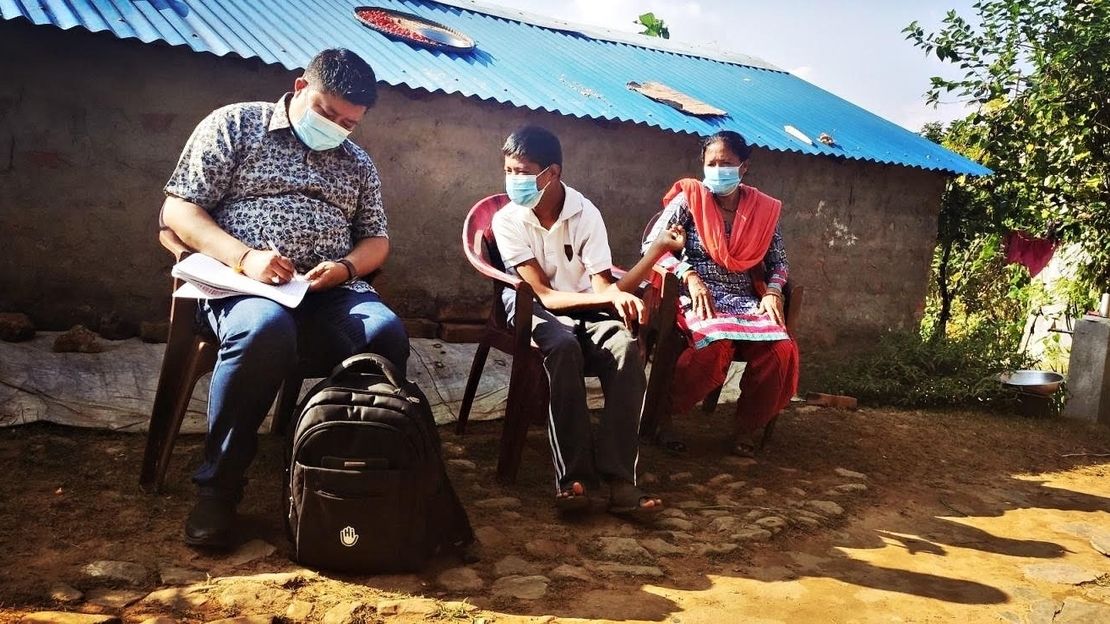 Siman, 18, has cerebral palsy, which affects his movement and body posture. Thanks to his rehabilitation sessions, he can now stand up and walk better. He is back to school.

HI and partners in Nepal provided rehabilitation sessions to Siman at home. It was a first step towards him being able to go back to school.

Rehabilitation to go back to school 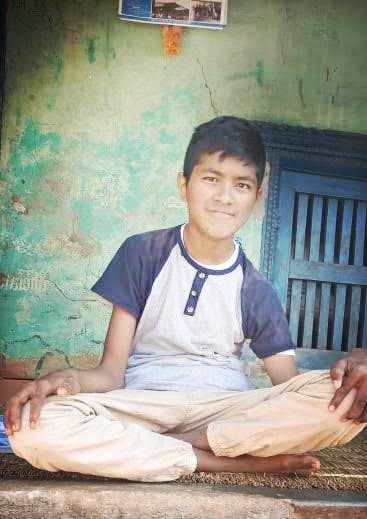 Siman used to have limited mobility and used to spend most of his time in bed. He is now in grade 3 at a local school in Gorkha, a hilly district in the centre of Nepal.

Getting Siman into school was tough because the school authorities were worried they would not be able to teach a boy with cerebral palsy. HI and partners met with them and supported them to make the right accommodations to welcome Siman. He was then enrolled with a teacher who is also able to provide Siman with home schooling once or twice a week as needed as his school is almost a one hour walk from home.

“I am very moved because people did not believe that he could walk one day. It's incredible how he took interest in studies and learned the alphabet by listening to others,” says Sabita”, Siman’s mother.

Siman loves reading books. "I like to draw animals and birds, and I love to read English very much," Siman says. He is very eager to pass the final exam, which is approaching soon. Although his hand hurts when he does too much writing, Siman still carries on. His dream is to become a teacher.

Siman is very close to his friends around the school despite the fact that they are younger than him. He enjoys playing hide and seek with them.

Siman was provided with some stationery and hygiene kits so that he could continue his education during the lockdown restrictions and while school were closed.

The same rights as any other children

Siman’s mother is concerned that the current school only accommodates up to grade five and she will have to look for another school that can accommodate Siman so he can keep on studying.

“I will do whatever it takes to ensure that my son's education continues,” says Sabita. Children with disabilities deserve a bright future, just like any other child. They can do well at anything they choose, be it in education, music, or art. Parents of children with cerebral palsy should recognize the potential of their children and help them to pursue it.” 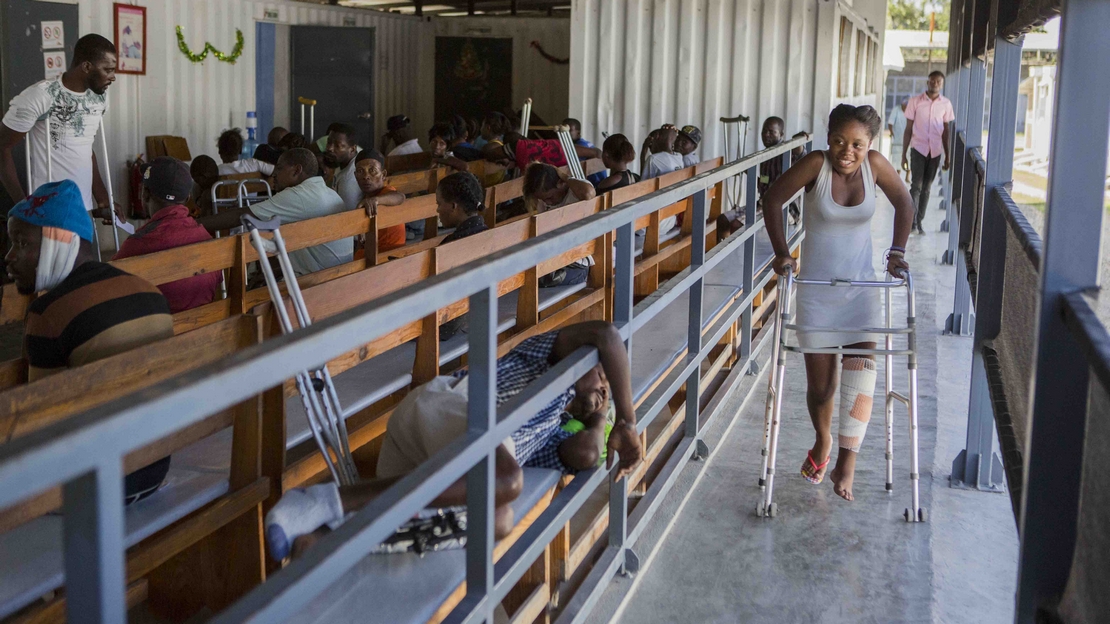