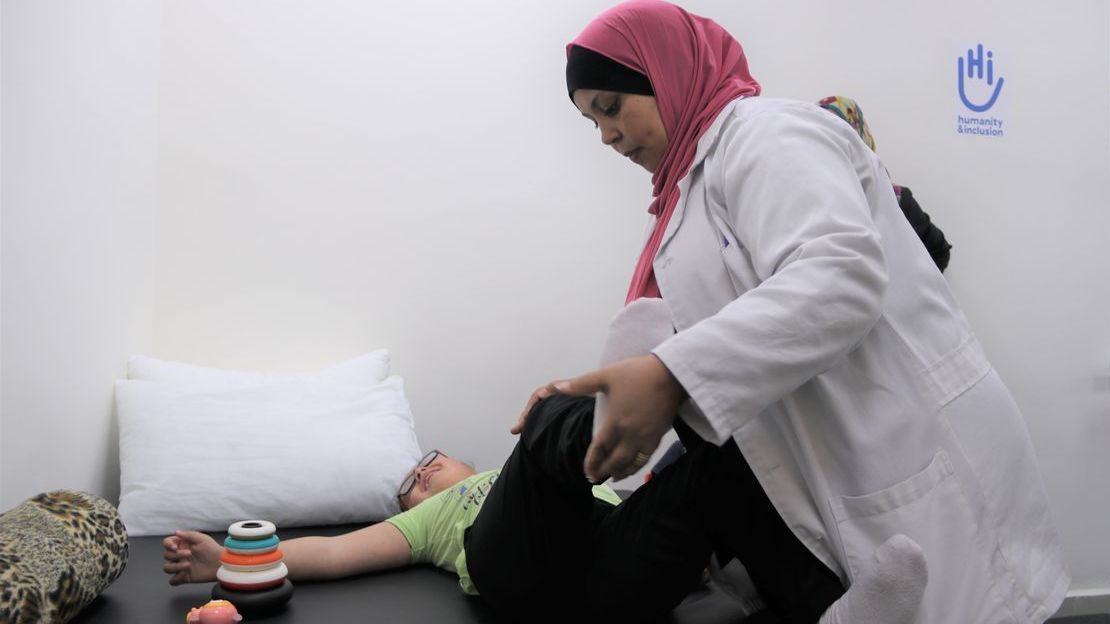 Judy struggles with certain movements and has paralysis in her legs. She has been attending rehabilitation sessions with HI to improve mobility and gain independence. 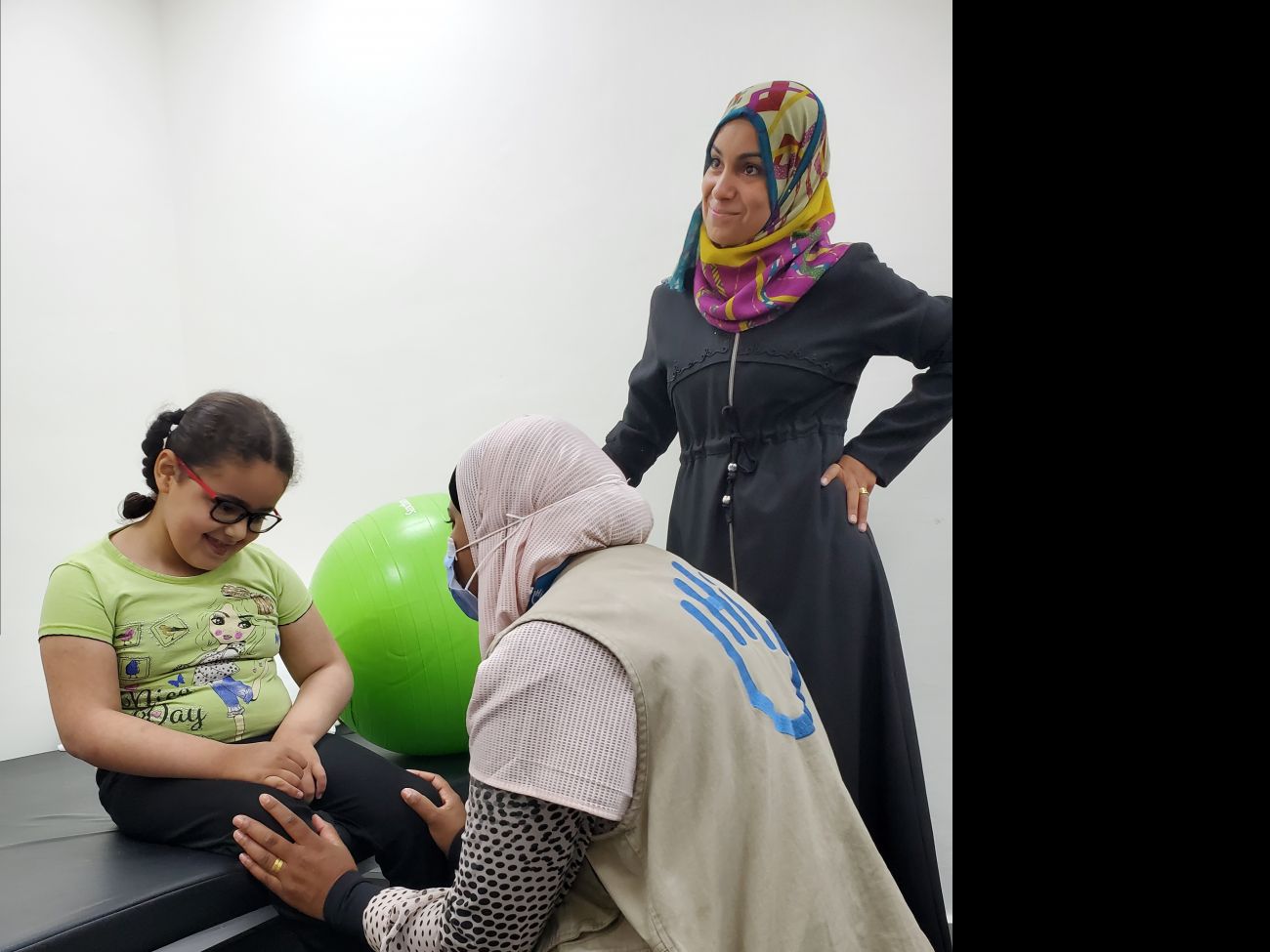 Judy is an 8-year old girl who lives in Amman, Jordan with her mother and her sister. When she was younger, a bacterial infection eventually caused her to lose mobility in her legs and develop a disability that affects her movement.

“She has a neurological condition called hydrocephalus and weakness in her lower limbs, so she uses a wheelchair to get around,” explains Suhad Abood HI Community-based rehabilitation manager. “She was unable to sit up on her own and has difficulty grasping objects. Now Judy participates in rehabilitation sessions, physical therapy sessions and occupational therapy sessions to help improve her movement and become more independent.”

After initially seeking rehabilitation services at a nearby hospital, Judy’s mother learned of the new Primary Health Center, which opened in Amman in March, 2022. The first of its kind, the center serves around 600 people per day and is easier for many members of the community to access since the hospital is often crowded. It is here that HI provides rehabilitation services such as physical and occupational therapy, and services that support people with cerebral palsy, survivors of stroke and individuals with mobility challenges.

Moving toward a brighter future 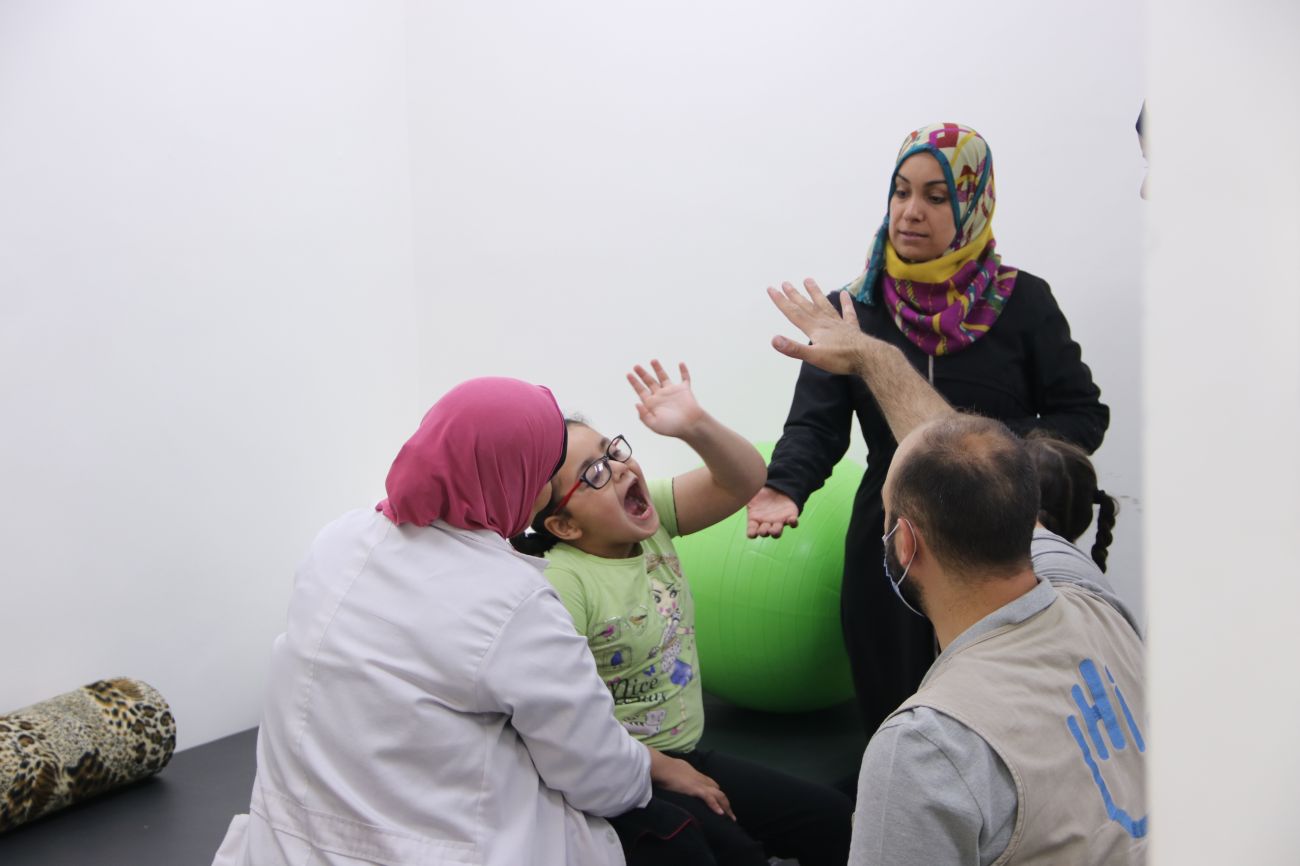 Judy has been coming to the center once a week for 7 weeks and has already begun to see changes. Her mother says that her hand movements have improved to where she can now catch objects and sit up without requiring support.

During a recent visit to the center, HI’s rehabilitation specialists learned that Judy had never attended school.  “She is 8 years old, which is two years late for starting school,” Suhad says. “We contacted the Amman directorate to approve her registration, and now she will officially be enrolled in school next semester!”