HI mine action in northern Chad 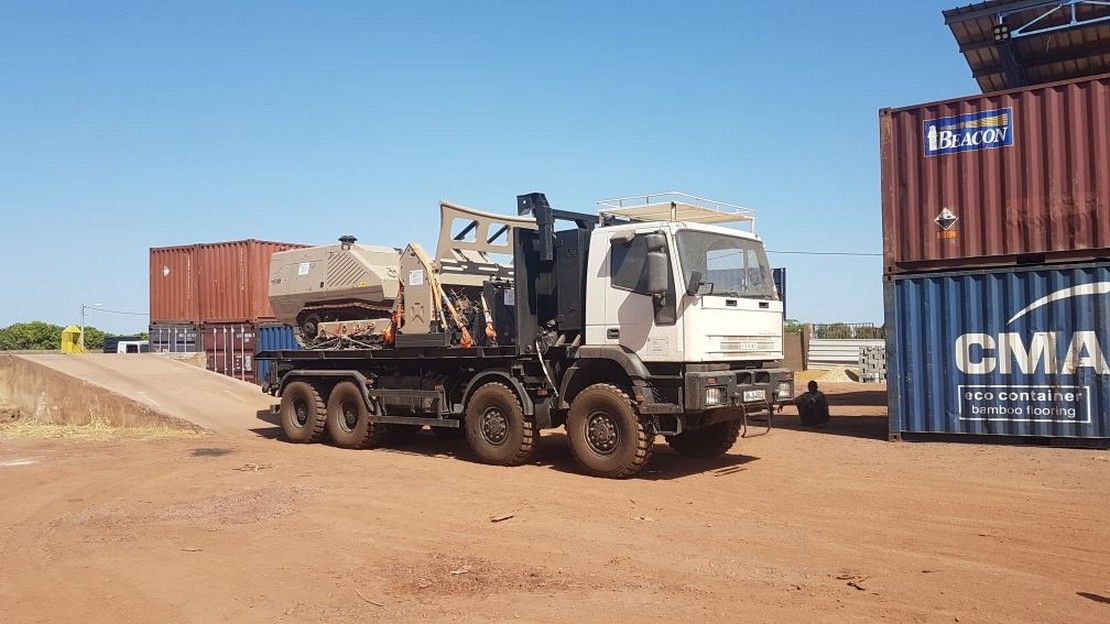 The GCS 100 Explosive Ordnance Disposal (EOD) platform, which left Germany in August 2018, arrived in Chad last December. Once authorisation had been received, it was transported by lorry to Faya. | © HI

Some forty weapons clearance experts have been working in northern Chad since last November. They have already cleared 30,000 sq.m. of land - the equivalent of 4 football fields!

Based in Faya-Largeau, in the Borkou district of northern Chad, HI currently operates in 15 hazardous areas within a 50-km radius of Faya.
HI's weapons clearance experts have already cleared 30.000 sq.m. of land in three months. The team has identified and destroyed 114 explosive remnants of war (ERW). Working conditions for clearance experts are extreme. Temperatures can reach 40 degrees and strong winds sometime prevent them from working.

Operations began on 6 November. An explosive ordnance clearance platform - a sort of armoured and remote-controlled combine harvester - equipped with a rotating device to detonate hazardous devices in its path, was added to the equipment available to clearance teams in early February.

HI works in conjunction with village committees to identify hazardous areas and guide the work of the clearance experts. HI has also run eight ERW risk education sessions for 450 people.

"The purpose of these operations is to promote development in northern Chad. Many areas are still contaminated by weapons left over from the conflict with Libya in the 1980s. This prevents the use of roads and the implementation of development projects and prolongs the region’s isolation. The authorities are very enthusiastic about this demining project, which has a broad social and economic development component," said Benjamin Westercamp, HI's head of mission in Chad.

More than 1.5 million square metres of land - the equivalent of more than 200 football fields - is estimated to be contaminated by mines and explosive remnants of war, a legacy of successive conflicts since the 1970s.