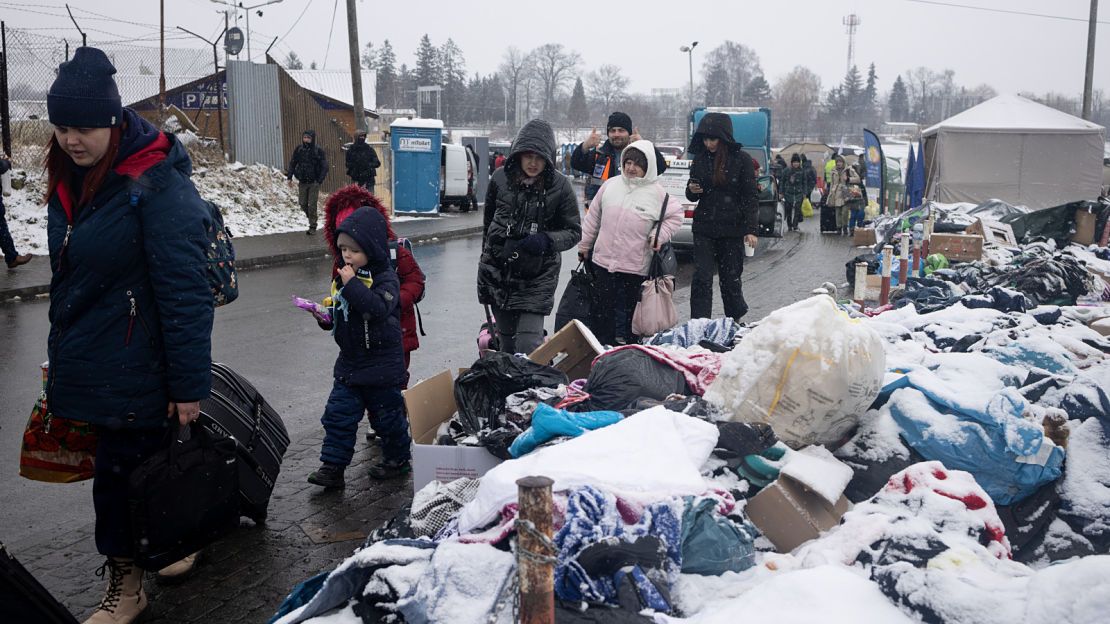 After weeks of violent conflict in Ukraine, a growing scarcity of essential goods puts more lives at risk.

Nearly three weeks after armed attacks in the Ukraine began on February 24, the ongoing conflict has left civilians without access to vital goods. Nearly a million people are without electricity, over 264,000 people are without gas, and access to food and water are becoming alarmingly scarce.

“Families are in desperate need of food and water” says Fanny Mraz, HI emergency director.  “There have already been some unofficial reports of people dying from dehydration in Mariupol, and the situation is only expected to worsen in cities across the country as the conflict continues.”

Complications from food insecurity are of greater concern among young children and pregnant women, where malnutrition can cause problems in development and could lead to long-term disabilities if left untreated. An estimated 2 million children under the age of five and pregnant or breastfeeding women are at heightened risk, and in need of nutritional support in the current crisis.

Civilians most affected by conflict

To escape the conflict, 2.7 million refugees have now fled Ukraine to seek safety in surrounding countries and nearly 2 million have been internally displaced. 12 million people remain in need of humanitarian assistance.

Incessant bombing and shelling has caused significant devastation across the nation, destroying civilian residences and infrastructure, affecting millions. At least 61 health facilities have been attacked and more than 320 educational structures have been reportedly damaged, with an unofficial estimate of 59 completely destroyed.  5.7 million children have had their right to education threatened and millions are without medical care, including the two million people living with rare diseases in Ukraine and over 2.7 million people living with disabilities who may require specialized care.

Throughout its ongoing assessment, HI specialists on-site in Ukraine, Moldova and Romania have identified several areas of priority as they prepare their emergency response.

“We are preparing to support hospitals in the affected region by providing technical rehabilitation assistance for injured individuals and psychosocial support,” Fanny explains. “Our evaluation of basic needs is also ongoing. We are coordinating with fellow humanitarian actors and local authorities to ensure a thorough and complete response to the needs on-site.”

In Moldova, where thousands have already fled from the conflict, HI is preparing to support refugees crossing the border by offering psychosocial services and providing technical mobility devices such as canes and wheelchairs to vulnerable populations and persons with disabilities. The organization will also support collective shelters housing refugees in the country.

“As in any crisis, vulnerable populations are the most at risk,” Fanny continues. “HI is committed to ensuring that everyone has access to the humanitarian aid they need.”