Assisting vulnerable Ukrainians and their carers 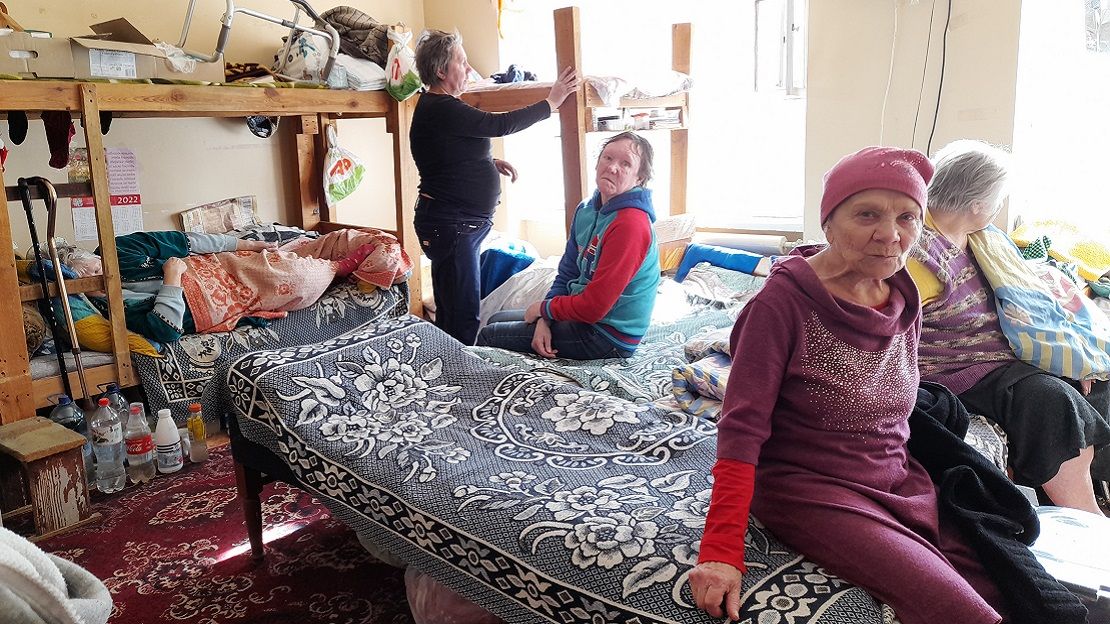 Residents of a refuge in the Dnipro region of Ukraine. Since the conflict began, the number of isolated older people, some of whom are care-dependent, has increased dramatically. | © HI

Refuges in eastern Ukraine are providing shelter to vulnerable people displaced by the conflict. HI’s support is vital to address the critical needs of both residents and carers.

Natalia, 34, and Konstantin, 32, are from the Donetsk region of eastern Ukraine. When the first conflict broke out in 2014, they headed west to Novomoskovsk, to the north east of Dnipro. They settled there permanently in 2019, opening a refuge for isolated older people, children and women victims of violence, and people with disabilities.

Since the start of the conflict in February 2022, the number of residents – who include children, older people and people with disabilities – has doubled. Some 130 people now live in the refuge, including families displaced from across eastern Ukraine. The bedrooms are crowded, and they have had to make room as best they can. 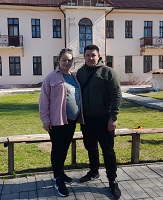 Natalia is over eight months pregnant. As well as managing the refuge, she cleans houses to earn a little money. Konstantin does the same by working as a labourer on building sites. Their meagre income no longer covers their water and electricity bills.

Unable to buy wood, they heat the refuge by burning cardboard and waste. A network of Ukrainian volunteers donates food, but the lack of vegetables and fresh fruit is causing nutritional problems for some vulnerable residents.

A bomb recently destroyed a fuel depot around a kilometre away. The residents rushed to the cellar where crates and blankets had been prepared in advance. Unable to use the stairs, some 30 residents with reduced mobility had to be carried to safety by Konstantin.

Safeguarding the dignity of care-dependent people

Out of 70 isolated older people who live in the refuge, 40 require everyday nursing care. All residents with reduced mobility originally shared one toilet chair and three wheelchairs between them.

Since the refuge lacks appropriate equipment and staff, the biggest challenge is to manage the hygiene of care-dependent people. Although the refuge has enough incontinence pads, they are not always the best solution. For Natalia, if someone is able to go to the toilet, they should not be forced to wear nappies. The showers are not adapted to people with reduced mobility, but due to staff shortages not all residents have a choice.

HI began providing support to the refuge run by Natalia and Konstantin by donating wheelchairs, toilet chairs, bed pans, walking frames and walking sticks. These technical hygiene and mobility aids have improved the care management and day-to-day lives of the most care-dependent residents and provided Natalia and Konstantin and the other residents with a degree of respite.

Several organisations have also joined forces to provide the refuge with hygiene products. In addition, HI has identified a need for mental health and psychosocial support, particularly for children.

HI continues to extend its relief eastwards where needs are most pressing, with an emphasis on assisting vulnerable people and helping Ukrainian refuges and care staff.

HI has put in place a system of emergency financial support to help refuges address their most pressing needs. The organisation has already supplied relief to three refuges and two community centres in Dnipro and the Kharkiv region where many residents are care-dependent or have mental disabilities. Until recently, it was almost impossible to supply relief to this region in the east of the country.