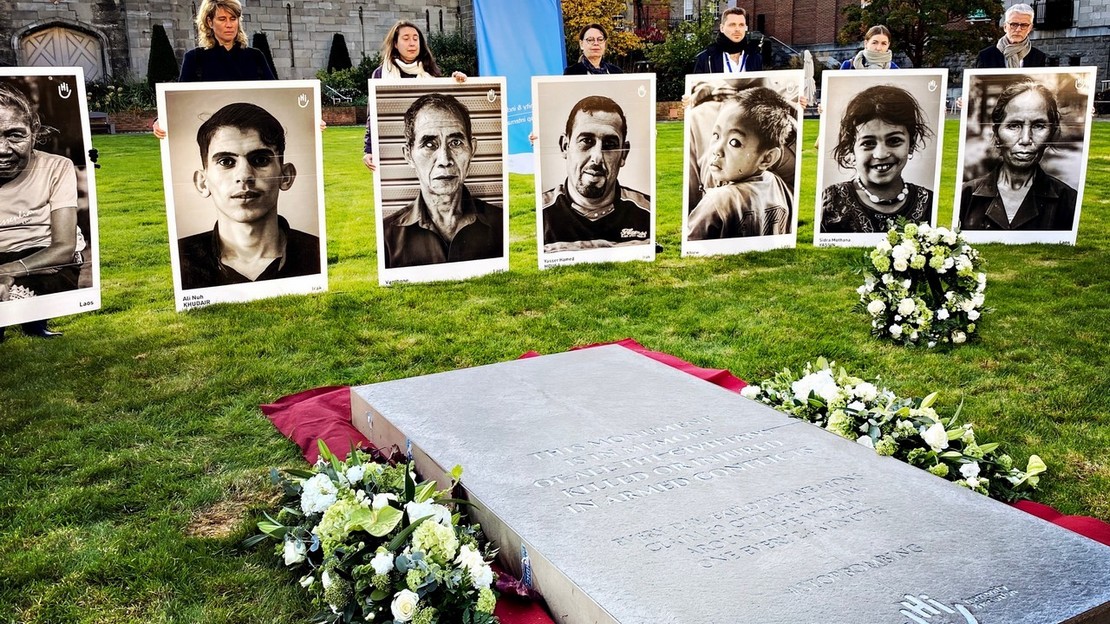 Official ceremony of the Monument to the Unknown Civilian in the gardens of Dublin’s Castle, Friday morning 18 November. | © G. Lordet / HI

Acknowledging the devastating humanitarian consequences of bombing and shelling of towns and cities, 83 States adopted an international agreement to better protect civilians from the use of explosive weapons in populated areas, at the Dublin Conference on 18 November 2022.

Concluding a three-year diplomatic process, States, UN agencies, international and regional organisations and civil society attended a high-level international conference on 18 November in Dublin to adopt the international agreement to better protect civilians from the use of explosive weapons in populated areas.

This is the first-ever international agreement on the use of explosive weapons in populated areas.

Prior to the conference, at the civil society forum on November 17, HI and the civil society rewarded Irish Ambassador for the United Nations Michael Gaffey with the HI medal for the protection of civilians: Michael Gaffey conducted the three-year diplomatic process, bringing a crucial contribution to the protection of civilians in armed conflict.

The agreement commits states to imposing limits on the use of explosive weapons in populated areas in order to prevent harm to civilians. It further commits states to assisting victims and addressing the long-term impacts of damage and destruction of civilian infrastructure.

“Having this new international agreement on urban bombing adopted by 83 States – including States with a significant military presence worldwide, such as the United States – provides hope for the future. It is a recognition that the continued, heavy toll on civilians from bombing and shelling in cities and towns is unacceptable. States must start working immediately towards effective implementation of their commitments. Over 290.000 civilians have been killed or injured by the bombing of cities and other populated areas over the last 12 years. Populated areas have been systematically and extensively bombed and shelled in Ukraine, Syria, Yemen, Palestine, Ethiopia… It must stop.” says HI Advocacy Director, Anne Héry.

Today’s conflicts are increasingly fought in urban environments. As a result, 90% of the victims are civilian. In WWII, civilians represented 50% of war victims and, a century ago, only 15%.

The Dublin Conference is a success. HI wants to thank warmly Ireland for conducting the diplomatic negotiations and organising this endorsing conference.

HI Global Managing Director Manuel Patrouillard took the floor at the conference, addressing states delegations and stressing among other things the importance of victim assistance and to respond to the humanitarian consequences of urban bombing: 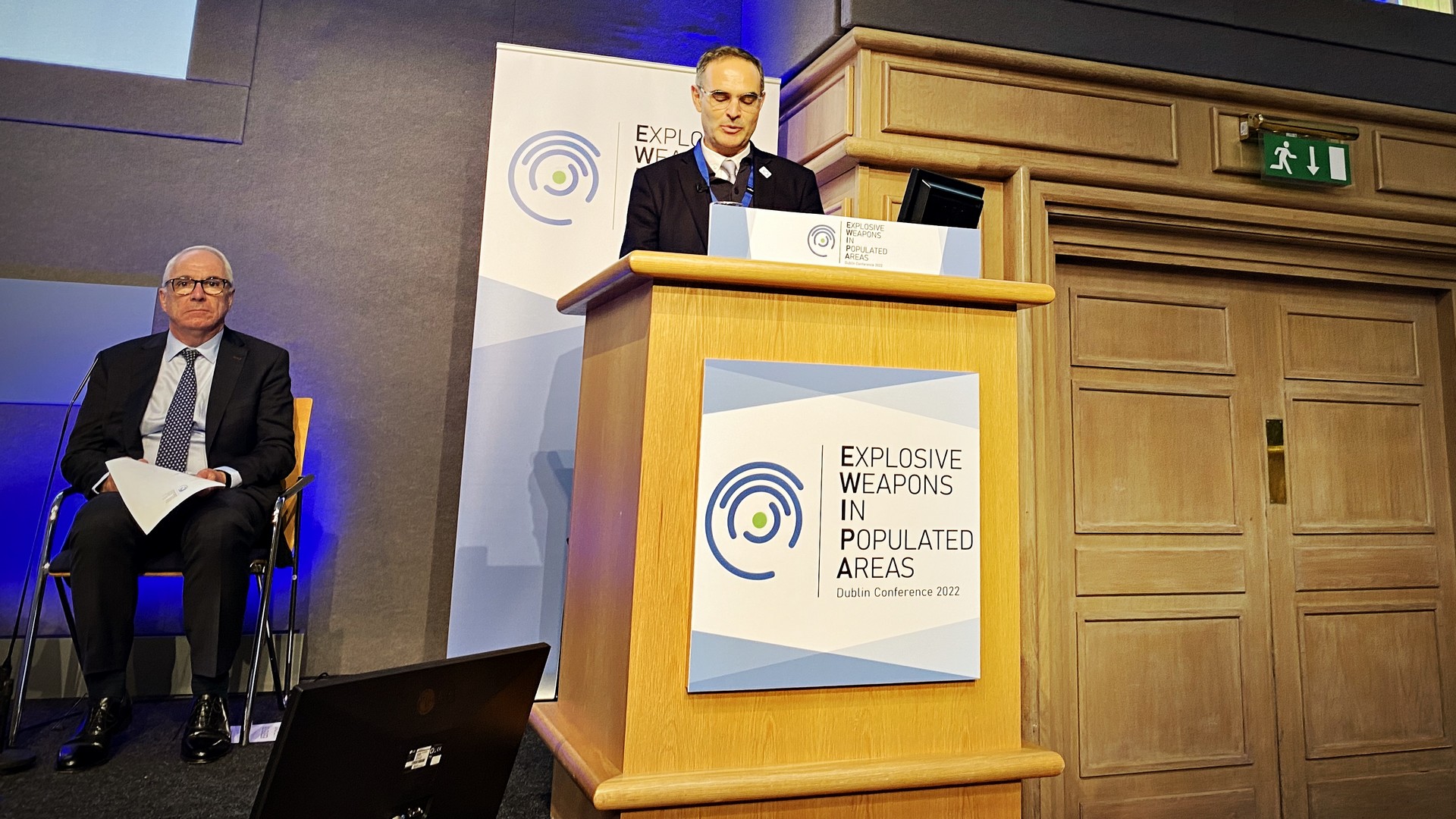 “Since HI was founded 40 years ago at the border between Thailand and Cambodia, our organisation has constantly advocated for greater protection of civilians affected by conflicts. We have long fought against unjust and indiscriminate weapons, such as landmines and cluster munitions. As we celebrate this new text on the use of explosive weapons in populated areas, it is striking and very fitting that we do so on the occasion of the 25th anniversary of the Ottawa treaty. In all these campaigns, we have striven tirelessly to promote the fact that the primary concern of all should be the children, men and women affected by conflicts. On the path towards a political declaration on EWIPA, in every session in Vienna, Geneva or online, we have tried to highlight the fate of survivors, families, communities, and the absolute need to take them into account and to address the humanitarian consequences of the harm done to them.”

Implementation of the agreement

Once signed, States will need to work to implement the agreement without delay, developing policies at the national level that will change practices on the ground.

Read the final text of the agreement (several languages including English)

HI and its partners in the International Network on Explosive Weapons (INEW) will be actively monitoring this process. With the Explosive Weapons Monitor co-created by HI in 2022, we will monitor the humanitarian toll of the use of explosive weapons in populated areas and military policies and practices to ensure better protection of civilians from explosive weapons. Our goal is to ensure that this international agreement brings about real changes for people affected by war and will improve the support for victims.

A victory for HI and civil society

Today, with the International Network on Explosive Weapons (INEW) – a coalition co-founded by HI, the association wrote history by bringing about significant improvements to the protection of civilians in armed conflicts. 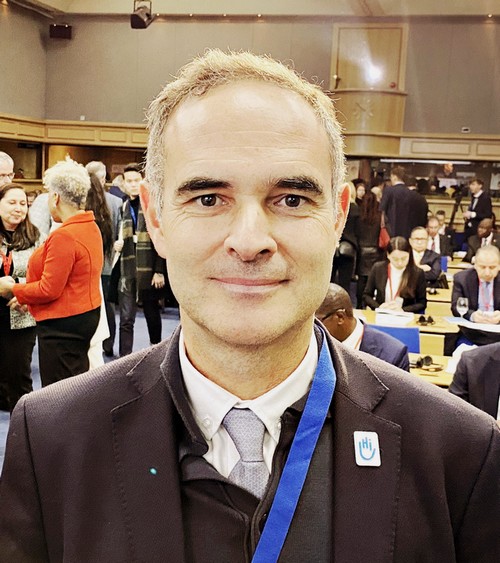