Iraq: 1.8 million square metres of land cleared by HI since 2016 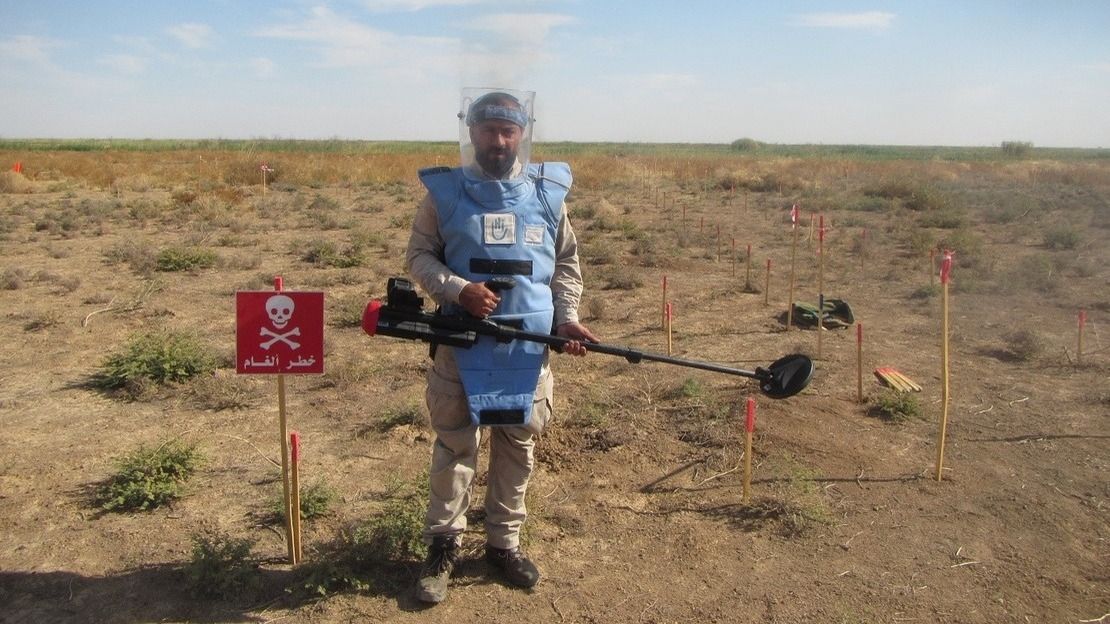 HI has been conducting land release operations in Iraq since 2016. Clearance is currently underway in Kirkuk.

Contamination by landmines, improvised explosive devices (IED), explosives remnants of war (ERW) and other types of explosive ordnance represents a long-term threat for the civilian population. Iraq, which has ratified the Ottawa Mine Ban Treaty, has until 2028 to make the country mine-free. HI is a major contributor to mine clearance operations.

HI is currently conducting clearance operations in Iraq around the village of Bashir to the south of the city of Kirkuk, in Kirkuk governorate. A team of nine people, including two clearance operators and two mobile teams are working on this site. They have cleared 64,360 square meters since January 2022 and neutralised 32 explosive devices.

HI has been demining in Iraq since 2016 and has already cleared 1.8 million m2 of land. More than 1600 explosive devices have been neutralised by HI since the clearance operations began.

Most of the explosive devices found by demining experts in this area are improvised devices made with a large square or cylindrical metal containers filled with homemade explosive mixture comprising of ammonium nitrate and aluminium. The majority of these devices are triggered by a simple victim-operated pressure switch.

How to neutralise an improvised explosive device

Once located, and where possible, the main charge is uncovered using non-metallic hand tools in order to identify the component parts of the device and determine how it functions. Once the component parts have been uncovered and the operator understands the functioning, he will determine the best course of action. This could be to destroy the item where it is or using a spring loaded ceramic cutter to remotely separate the switch that initiates the device from the detonation chain or again, using a ceramic cutter, remotely cut the wires of the electrical circuit, effectively neutralising the device functioning. However, there is still a threat from an anti-lift device or a secondary device being placed under the main charge.

As a precaution, and to negate this threat, all the component parts  are remotely lifted out of the ground from a safe distance using different configurations of anchors, hooks and line. 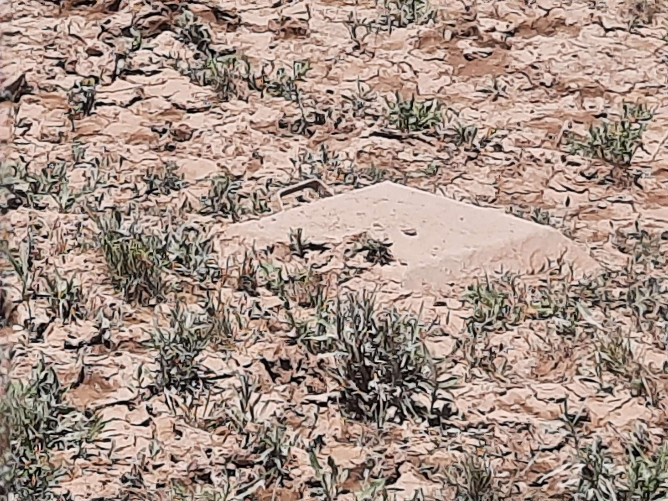 Land release operations aim to identify contaminated areas and clear them in order to provide safe access to those areas for development or agricultural purposes. The area of Bashir in the Kirkuk Governate is mostly rural farmland and agricultural areas. The population of Bashir is approximately 3,000 people, 1,000 of whom are landowners and land users.

Influence of the Ottawa Treaty

Iraq acceded to the Mine-Ban Treaty on 15 August 2007, becoming a State Party on 1 February 2008. The Iraqi authorities are totally committed to meet the Treaty’s objectives. Iraq has until 2028 to make the country mine-free.

According to 2020 figures, the wide spread of landmines, improvised mines and unexploded ordnance (UXO) makes the Republic of Iraq the most contaminated country in the world. Currently, 8.5 million people in Iraq are vulnerable to the risk of landmines and improvised explosive devices and 1,390 Km2 of land, including agricultural land and urban areas, is unusable, due to explosive ordnances contamination.