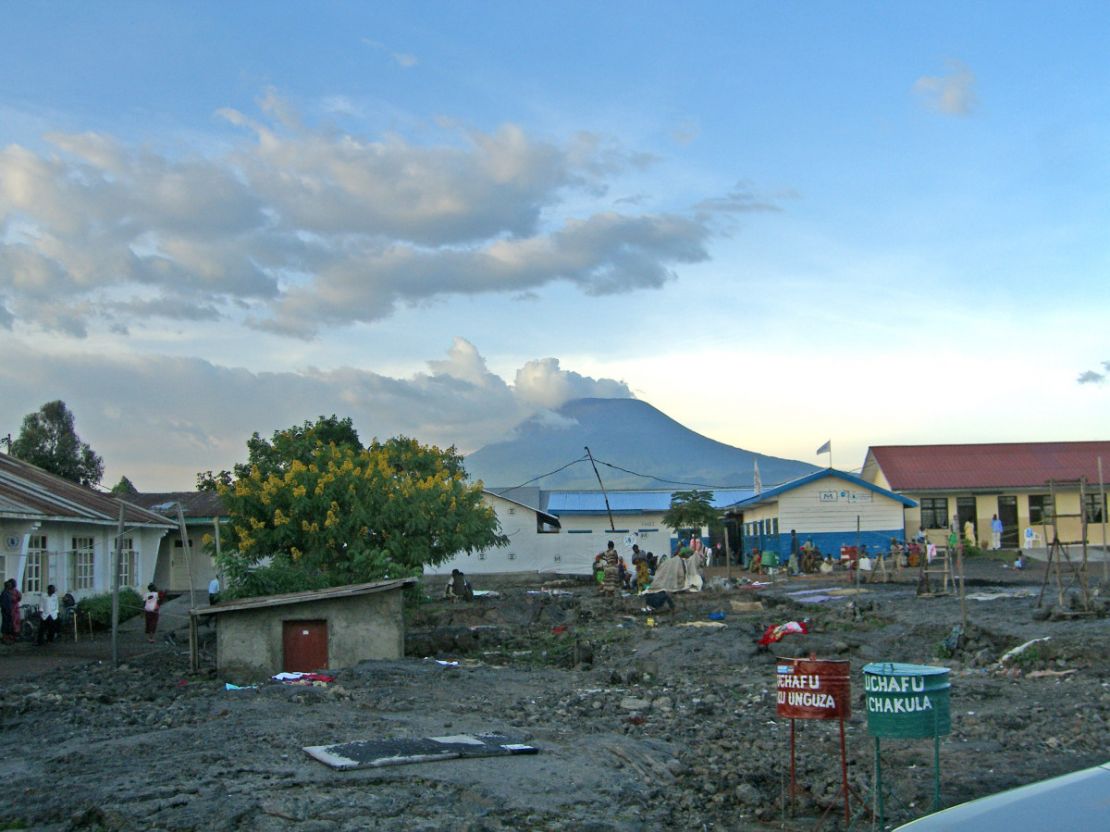 HI is supplying aid to the most vulnerable people affected by population displacement following the eruption of the Nyiragongo volcano near Goma, North Kivu, in the Democratic Republic of Congo.

The eruption of the Nyiragongo volcano in Goma, North Kivu, in the Democratic Republic of the Congo, on 22 May, displaced more than 416,000 people  in ten main areas of North and South Kivu as well as Rwanda. The eruption was followed by hundreds of earthquakes, creating a climate of panic and anxiety among residents.

Having left behind or lost their homes and belongings, thousands of families are now completely destitute, with no way of earning an income. Many are living in extremely difficult sanitary conditions  in a region already suffering from an alarming humanitarian situation, including the presence of numerous armed groups and food insecurity.
Impacted by poor access to drinking water and sanitary facilities, food insecurity, the risk of cholera, and the Covid-19 epidemic, the needs of affected populations are immense.

HI has worked in the Democratic Republic of Congo since 1995 and is currently providing response to the most vulnerable in North Kivu. The organisation is coordinating a logistics platform - a fleet of lorries made available to humanitarian organisations - to deliver humanitarian supplies to people who need them.

In the anxiety-inducing climate caused by the volcanic eruption, new tremors, and population displacement, the organisation is also preparing to provide people affected by the disaster with psychosocial support.

HI additionally plans to distribute kits containing essential household items such as tarpaulins, blankets, pots and pans and soap to those in need over the coming weeks in order to ease their return.

Two weeks after the first eruption, the earthquakes are beginning to die away in the city of Goma and displaced people are venturing back to their homes. In some of the worst-hit neighbourhoods, however, homes have been destroyed, water pipes burst, etc. According to the Office of Volcanology in Goma, another eruption is also still a possibility.