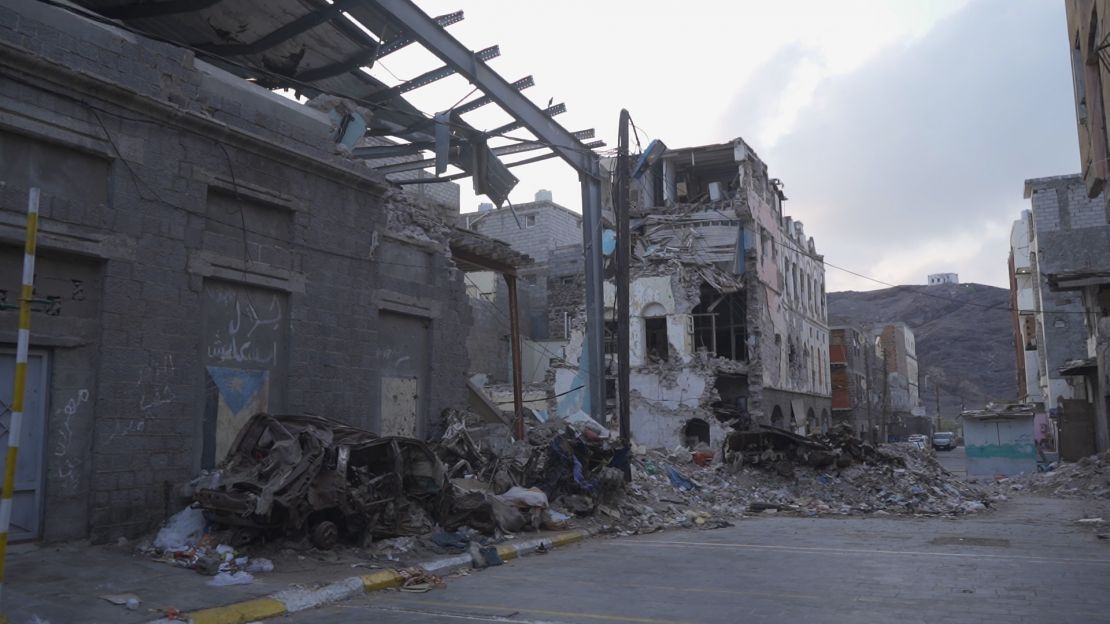 Example of heavy destruction in the streets of Aden, Yemen - October 2017 | ©HI

The next round of consultations for a political declaration to address the humanitarian harm resulting from the use of explosive weapons in populated areas will take place on April 6-8th, 2022, at the Palais des Nations, Geneva.

Two years after the start of the negotiations – and as civilians in Ukraine, Syria and Yemen are currently killed and injured by massive urban bombing, an international agreement to protect civilians from explosive weapons is needed urgently.

The upcoming consultations scheduled for April 6-8th, 2022 will gather representatives of states, UN agencies, international organisations and civil societies to finalize the text of an international agreement (political declaration) to end the use of heavy explosive weapons in populated area.

The international agreement should also include obligations for states to assist survivors, family members of those injured and killed, as well as affected communities. It should require the military to share policies and practices for the protection of civilians from explosive weapons. This agreement will be submitted to States for signature a few months after the final phase of consultations.

This will be the third round of in-person consultations to negotiate text for the international agreement, after preliminary discussions were held in November 2019 and February 2020. Around 70 states have participated to these last consultations. Led by Ireland, this diplomatic process began in October 2019, but was interrupted and delayed by the COVID-19 pandemic.

Cities in Ukraine are currently under massive bombing. At least 900 civilians have been killed and more than 1400 injured since the beginning of the war on February 24, but the figures are certainly much higher. Viral infrastructures like hospitals, houses, water supply, etc. have been destroyed by bombing, which day by day become more and more incriminate. 10 millions have already fled the bombs in a neighbourhood country or inside Ukraine. The massive and systematic bombing in populated areas have triggered the worst humanitarian crisis in Europe since World War II.

More than 50 million people were affected by conflict in urban areas in 2020, according to the UN Secretary-General António Guterres' annual report on the protection of civilians in war zones, released in May 2021.

90% of those killed and injured by explosive weapons in populated areas are civilians, according to Action on Armed Violence (AOAV). Those injured risk developing lifelong disabilities and severe psychological trauma.

Explosive weapons also have devastating long-term effects. They destroy infrastructure that provides essential services such as health, water, electricity, and sanitation, on which civilians heavily rely in times of conflict. In Syria, for example, after 10 years of war, at least a third of the houses are damaged or destroyed. Major cities such as Raqqa, Aleppo and Homs have been largely destroyed by the massive and intense use of explosive weapons. 80% of the city of Raqqa was destroyed in 2017 (United Nations).

Many heavy explosive weapons used in urban warfare today were originally designed for open battlefields. Inadequate weapons put entire neighbourhoods at risk. For example, multi-rocket systems fire simultaneously over a wide area and munitions cause large explosions and fragmentation. Many states have already recognised the damage these weapons create and expressed their concern and support for immediate action. Accordingly, 19 African countries through Maputo Communiqué and 23 Latin American and Caribbean states through Santiago Communiqué  have issued strong commitments to address this urgent humanitarian problem.

In 2019, the UN Secretary General and the President of the International Committee of the Red Cross (ICRC) called for warring parties to avoid the use of heavy explosive weapons in populated areas because of their devastating consequences for civilians.

Parliamentarians in European countries, such as France, Germany, Belgium, Luxembourg and Switzerland have been mobilised to progress the campaign by bringing the topic to discussion at their national parliaments and demanding their states to contribute to the diplomatic process - with strong demands to strengthen the protection of civilians from explosive weapons.

Chronology of the diplomatic process