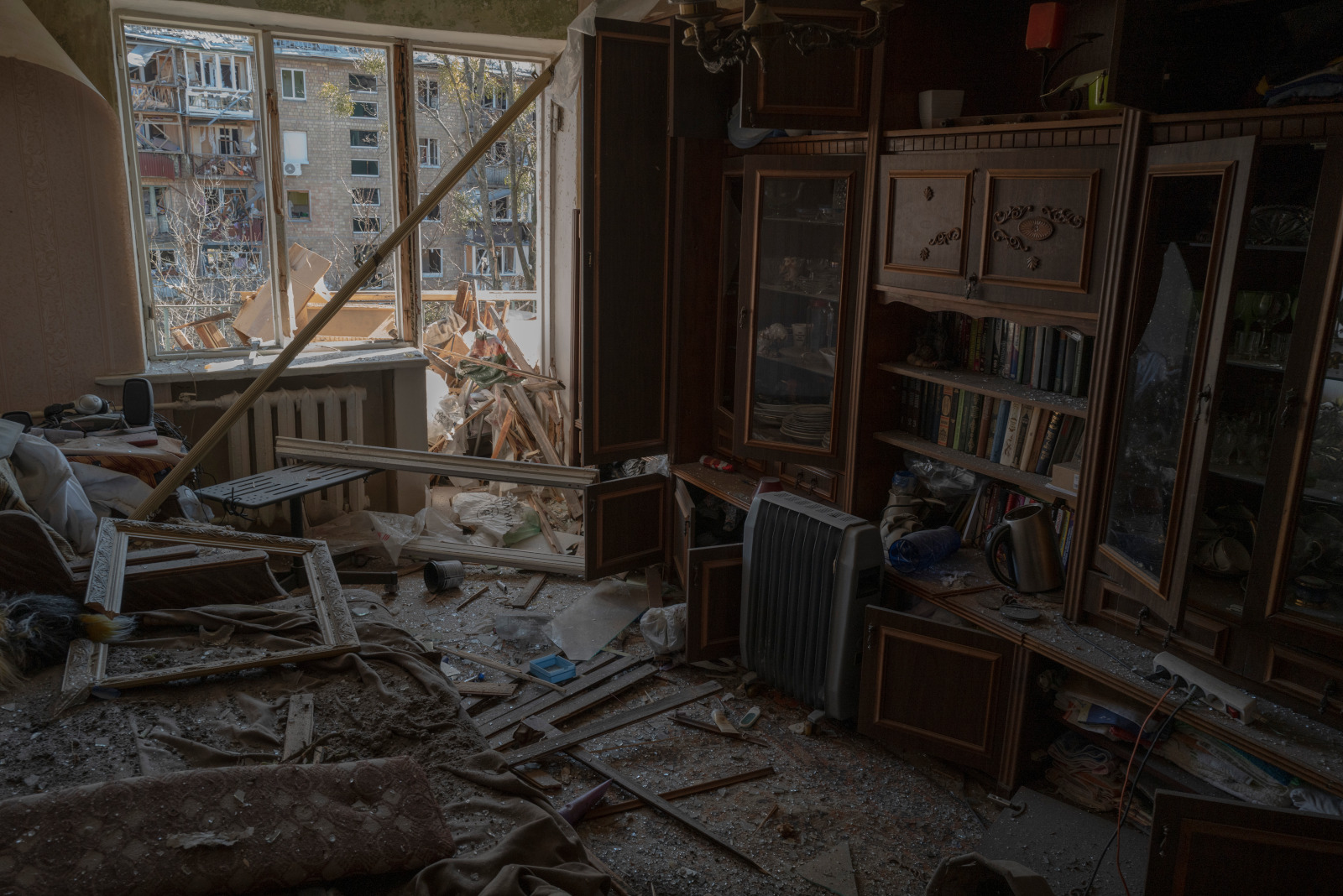 At about 8am a missile fell in this residential area of Kiev. One child was killed and 23 people were injured. | © V. de Viguerie / HI

The final negotiations for a political declaration to address the humanitarian harm caused by the use of explosive weapons in populated areas were held from 6-8 April 2022 at the Palais des Nations in Geneva.

“The discussions during the three-day negotiations have progressed rather positively: Almost all States recognise now that the use of explosive weapons in populated has an unacceptable humanitarian impact on civilians and that there is an urgent need to better protect them from this practice. We know now that early June we will be able to conclude a final text. We must ensure that the declaration will be strong and will have a real impact on the protection of civilians in conflict situation. Excluding heavy explosive weapons from populated areas must become the norm.” Anne Héry, Director of Advocacy at HI.

The consultations took place from 6-8 April 2022. Seventy representatives of States, UN agencies, international organisations and civil society came together to negotiate the text of an international agreement (political declaration) to end the use of heavy explosive weapons in populated area. The quasi-final text will be shared in a final one-day consultation meeting in June and then submitted to governments for adoption in the following months.

French parliamentarian Julien-Hubert de Laferriere, Belgium parliamentarian Samuel Cogolati and British parliamentarian Stewart McDonald participated in the discussions, representing the 300 parliamentarians in Europe who signed a joint statement urging their governments to take a stance against urban bombing. They drew attention to the "systemic" pattern of harm caused by explosive weapons in populated areas and stressed the need for a strong international agreement. You can watch their intervention here.

Nujeen Mustafa, 23 years old, who fled the war in Syria (Aleppo) in her wheelchair and is living today in Germany, also delivered a strong testimony in front of State representatives and called on them to adopt a strong political declaration to better protect civilians living in conflict areas and better support victims and survivors. To see Nujeen’s testimony, click on this link.

Cities in Ukraine are currently enduring massive bombing. At least 1,000 civilians have been killed and more than 2,200 injured since the beginning of the war on February 24, but the real figures are certainly much higher. United Nations Human Rights Monitoring Mission in Ukraine says reports that “most of the civilian casualties recorded were caused by the use of explosive weapons with a wide impact area, including shelling from heavy artillery and multiple launch rocket systems, and missile and air strikes.”

Vital infrastructure, including hospitals, houses, water supplies, etc., has been destroyed by indiscriminate bombing. 12 million people have already fled to neighbouring countries or other parts of Ukraine. This massive and systematic bombing of populated areas has triggered the worst humanitarian crisis in Europe since World War II.

More than 50 million people were affected by conflict in urban areas in 2020, according to the UN Secretary-General António Guterres' annual report on the protection of civilians, released in May 2021.

90% of those killed and injured by explosive weapons in populated areas are civilians, according to Action on Armed Violence (AOAV). Those injured are at risk of lifelong disabilities and severe psychological trauma.

Explosive weapons also have devastating long-term effects. They destroy infrastructure providing essential services such as healthcare, water, electricity, and sanitation, on which civilians rely heavily in times of conflict.