"The self-help group has given me hope again" 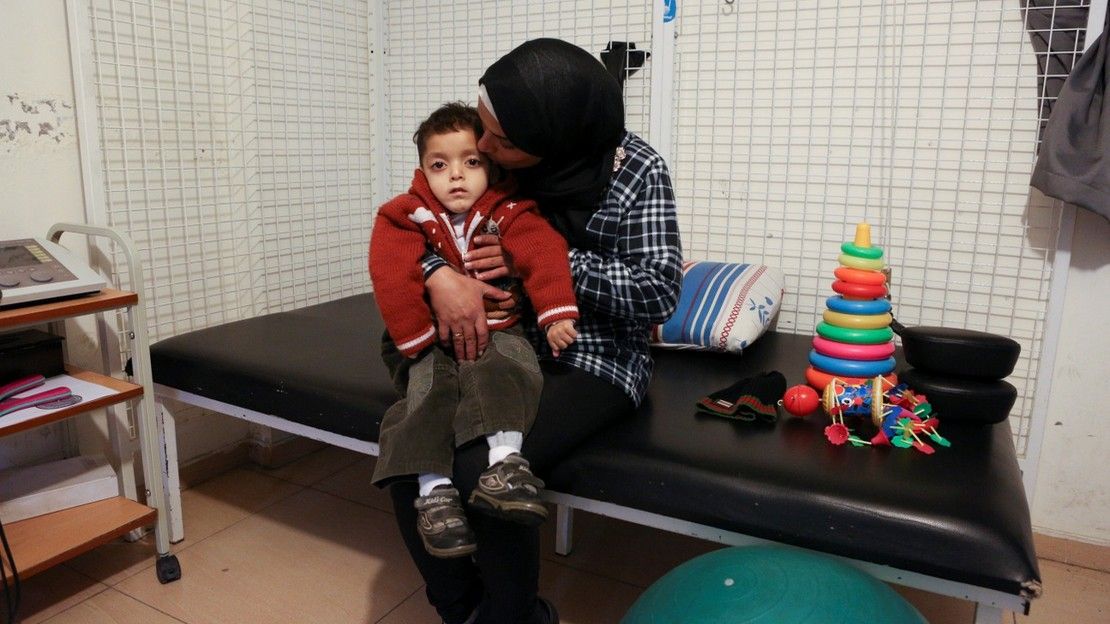 Abdel Kareem, 5, has cerebral palsy. Thanks to Humanity and Inclusion's partnership with the Mousawat rehabilitation centre in Lebanon, a mental health project was integrated into the rehabilitation process.

A few months after Abdel’s birth, Ibtissam realised that her son did not react like other babies: he could not grasp objects; his neck was not straight; he could not sit up by himself and he was having spasms.

Once her son's neurological disorder was diagnosed, Ibtissam turned to various rehabilitation centres to treat her child: "Several centres would not accept me because I’m a Palestinian national. I was then referred to a private clinic, but the cost of the sessions was far too high. That's when I was told about Mousawat and the free services it offers," Ibtissam explains. HI covers the cost of the children's rehabilitation sessions.

For the past two years, Abdel has been followed up by the centre’s occupational therapist, physiotherapist and speech therapist. The specialists also teach Ibtissam rehabilitation exercises to do at home.
Since he began his treatment, the boy has made constant progress: "His physical impairments have improved significantly. He is also starting to understand when I talk to him, which he couldn’t do before. I hope that in the future he will be able to express himself, for example, when he is hungry or in pain. I would like him to become more and more independent," says Ibtisam.

The psychologist guides Ibtissam through the process. "He gives me advice on how to communicate with my child without getting tense. I’ve learned to give him space, so he becomes more independent. I help him adapt to his environment," she adds.
Parents of children treated at the centre attend a support group. It gives mothers the opportunity to talk about the daily challenges they face and to support each other:

"I realised that even if my family didn’t accept my son, I had to do my best to include him in it. Today, for example, I let Abdel Kareem play with children his age. This self-help group has given me hope again,"