Surviving a bombing is a miracle 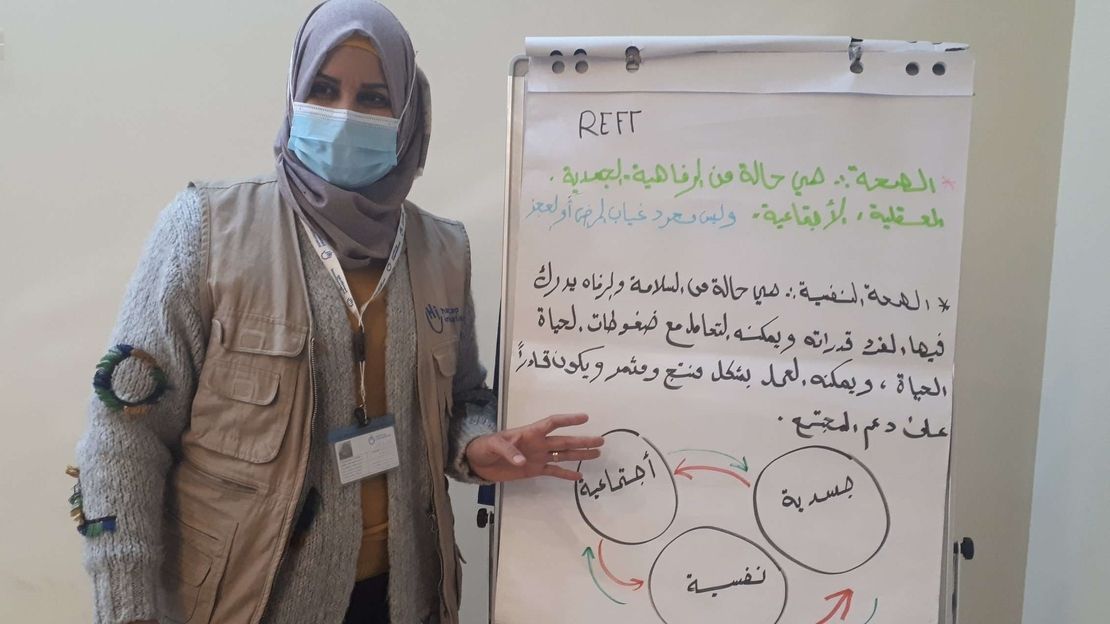 Anfal is a HI mental health worker in Iraq. She used to live in Mosul, which was bombed in 2017. Her house was hit by an airstrikehe and her family survived.

Iraq has been devastated by bombing in populated areas. Our colleague, Anfal, was directly affected. She shares her story.

"I remember May 5, 2017, like it was yesterday. There were bombings and fighting every day. My family had been hiding in our bathroom for days without food or water, clutching onto our IDs and the document that proved we owned our home. Our neighbourhood in Mosul had been liberated from the Islamic State group, but our street was still under their control. The fighting was constant.”

“We knew that at any moment there could be an airstrike on our house. What we didn't know, was whether we would survive.”

“Then, it happened. An airstrike destroyed our home and all of our possessions. A nearby car bomb exploded too. Our family home crumbled around us, debris striking our bodies. By a miracle, we all survived - including my elderly mother, who uses a wheelchair. We managed to escape to a neighbour’s house, where we again hid in a small bathroom. The next day, that house was attacked too. So, we sought refuge in the next house over, until three days later, when Iraqi forces reached us.”

Under the cover of night, they helped us escape to a displacement camp. Soon, we reunited with my brother and found shelter in his home. After full liberation of the city later that year, my family and I returned to Mosul. We had nothing, and my husband and I were without work...

“A new chapter of my life started when I was hired by HI as a psychosocial support worker. I’ve been able to support my family, repair my house, and rebuild our lives again.”

“Material things can always be replaced, but family is irreplaceable.”

“The 2017 bombings have had long-term and devastating consequences. Many around me lost their loved ones, their jobs, and their homes. They usually face poor living and health conditions, even after the fighting is over. All of the violence and devastation can cause people to experience depression, sadness and sometimes suicidal thoughts. Some people suppress their feelings. Others develop physical or chronic illnesses, because their mental health needs go untreated.

With the Mental Health and Psychosocial Support team, I advise people on how to manage stress and teach coping mechanisms for people experiencing psychological trauma.”