Laos: Mrs Chanh was injured by a landmine when she was 15 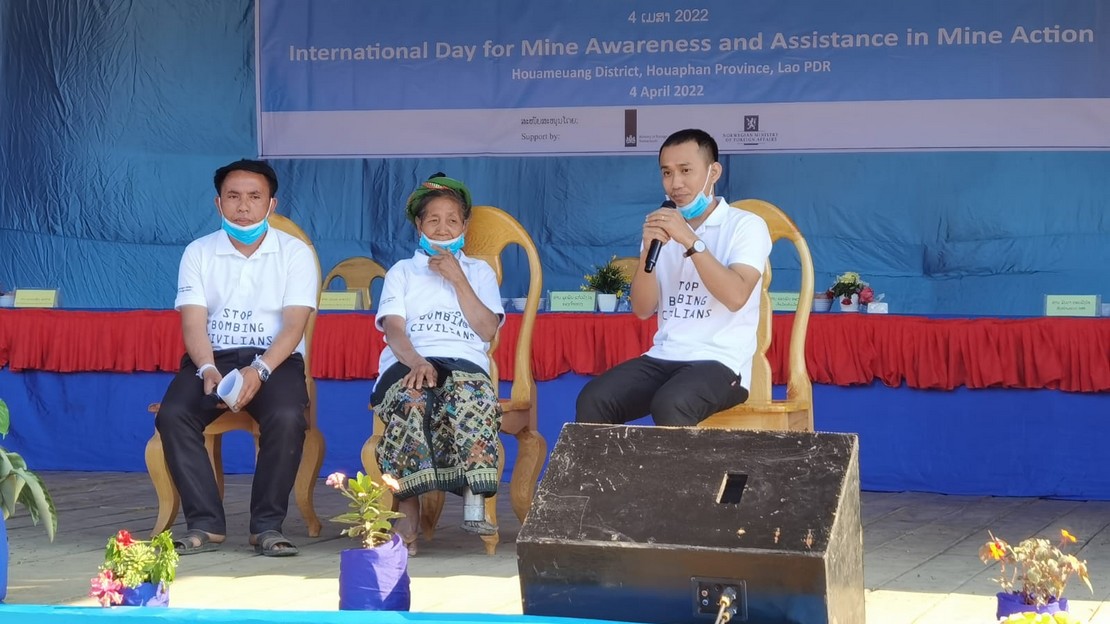 Mrs. Chanh was a victim of a landmine when she was 15, she benefits from the financial help of HI.

In 1970, when she was 15, Mrs. Chanh stepped on a US made landmine. The next day she went to the hospital in Houameuang where her left leg was amputated. Her life changed. 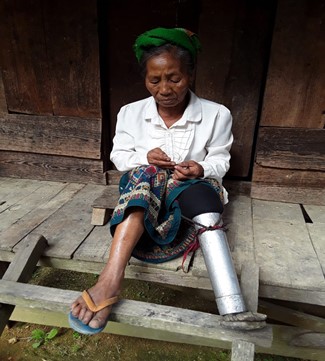 HI accompanies Mrs. Chanh with a financial aid to raise cattle – she already owns two cows purchased with funds from the Lao government. Helping Mrs Chanh in the culture of her cattle is a very important financial support because Mrs Chanh is poor.

“We are celebrating the 25 years of the Ottawa Treaty this year. I want to underline that Victim Assistance is an obligation of the treaty and is vital for survivors, their relatives and communities. Victim Assistance comprises a vast range of activities including emergency and on-going medical care, rehabilitation, psychological and social support, facilitation of access to education and economic inclusion… Assistance needs lasts long after clearance operations end. A country or a region can be freed from explosive ordnances but the survivors are still there and need assistance.” - Julien Kempeneers, Regional Humanitarian Mine Action Specialist

For more than 50 years now, Mrs. Chanh, who is now 74 years old, has been living with a prosthesis made by her uncle made with the scrap metal collected a cluster bomb.
HI will soon provide her with a new adapted prosthesis and a rehabilitation service that will make her daily life easier.

"Bombs and mines must be removed from my village, so that people and younger generations can safely enter the forest and live without fear. I don't want anyone to go through the same experience as me.”

Ms. Chanh is a HI “disability champion”. It means she is involved in HI's advocacy activities.

HI launched its first demining operations in Laos in June 1996 : it is a question of "collecting" remains of exploded bombs, pieces of bombs, explosive residues, grenades, ammunitions... The deminers also detect larger bombs, often weighing several hundred kilos, which did not explode on impact and transport them to a specialized site to be detonated.
Laos is mainly known for its contamination by cluster bombs (small bombs as big as a tennis ball) that the association detonates on site. Laos has the highest level of cluster bomb contamination in the world. 1,200 km² of areas (more than ten times Paris) have already been identified as dangerous.
The demining by HI in Laos started in June 1996.
•    HI has decontaminated 1,5 million square meters since 2018 in Houaphan province ;
•    5 millions square meters since 2006 in Houaphan and Savannakhet provinces.
•    Since 2019, Hi has destroyed 6,710 unexploded ordnances.