Landmine Monitor 2022: Increase of use of landmines driven by Russia, Myanmar and non-state armed groups 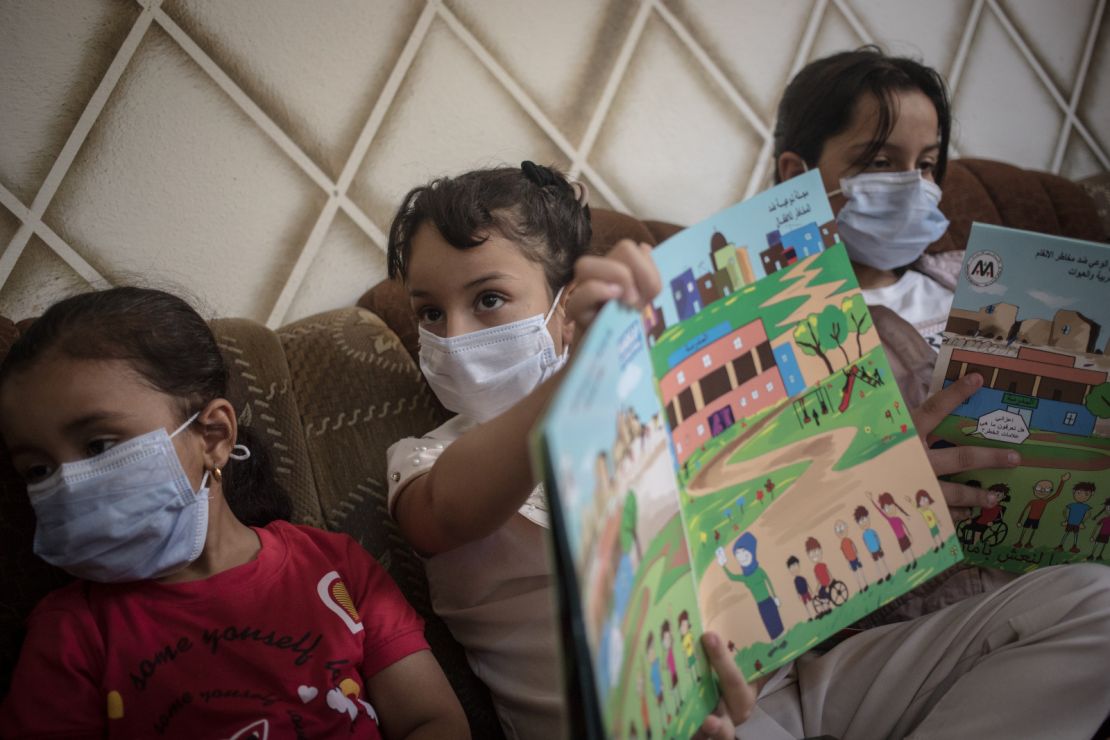 Risk education session with children. Volunteers working with Hl raise awareness among young people in their neighborhoods about the risks associated with landmines and explosive remnants of war. Trained by HI, these inhabitants of the neighborhoods go, o | © F. Vergnes/HI

Published on 17th November, the Landmine Monitor 2022 reports a high number of casualties caused by landmines - including improvised mines and explosive remnants of war - for the seventh year in a row.

The Monitor recorded 5,544 casualties in 2021. This high figure is mainly the result of increased armed conflicts and contamination with improvised mines since 2015.

States will gather in Geneva from November 21th to 25th for the 20th annual Mine Ban Treaty conference. As we celebrate the 25 years of the Ottawa Treaty, HI urges States to pressure parties to conflict to end the use of these barbaric weapons and to support the funding of victims assistance that is shrinking despite growing needs and high casualty rates in recent years.

The Landmine Monitor 2022 reports that at least 5,544 casualties of mines and explosive remnants of war were recorded in 2021: 2,182 people were killed and 3,355 people were injured. Children accounted for nearly half of all civilian casualties. The majority of the 5,544 casualties recorded by the Landmine Monitor 2022 occurred in conflict-affected countries contaminated with improvised mines.

The Landmine Monitor 2022 documents new use by two states that are not parties to the Ottawa Treaty, Russia and Myanmar, as well as by non-state armed groups in at least five countries: Central African Republic, Colombia, the Democratic Republic of Congo, India, and Myanmar.

The Monitor highlights that Russia, not state party to the Ottawa Treaty, is using antipersonnel mines in Ukraine. At least eight types of landmines have been used by Russian forces in Ukraine since February 2022. There is confirmed evidence that Russian forces also emplaced booby-traps and improvised explosive devices at numerous locations. This is an unprecedented situation in which a country that is not party to the Mine Ban Treaty is using the weapon on the territory of a state party to the treaty (Ukraine).

“On the 25th anniversary of the Ottawa Treaty, the new use of landmines by Russian forces in Ukraine, and by parties to the conflict in Myanmar is shocking. The humanitarian situation in these countries is deteriorating and people will be living under the threat of mines for years to come. The States Parties to the Ottawa Treaty have set the goal to reach a mine free world by 2025 – this will only be reached if they intensify their commitment in the fight against landmines, and use their diplomatic influence to push States that are not parties to the Treaty to stop using this indiscriminate weapon.” explains Anne Héry, Director of Advocacy & Institutional Relations at HI.

Progress of the Treaty

To date, 94 States Parties have destroyed more than 55 million stockpiled landmines. Sri Lanka is the last State Party to have completed destruction of its landmine stockpile in 2021, bringing the total number of countries to have declared completion of stockpile destruction to 94.

At least 60 states and other areas are contaminated by antipersonnel mines. This includes 33 States Parties that have declared clearance obligations under Article 5 of the Mine Ban Treaty, 22 states not party, and five other areas.