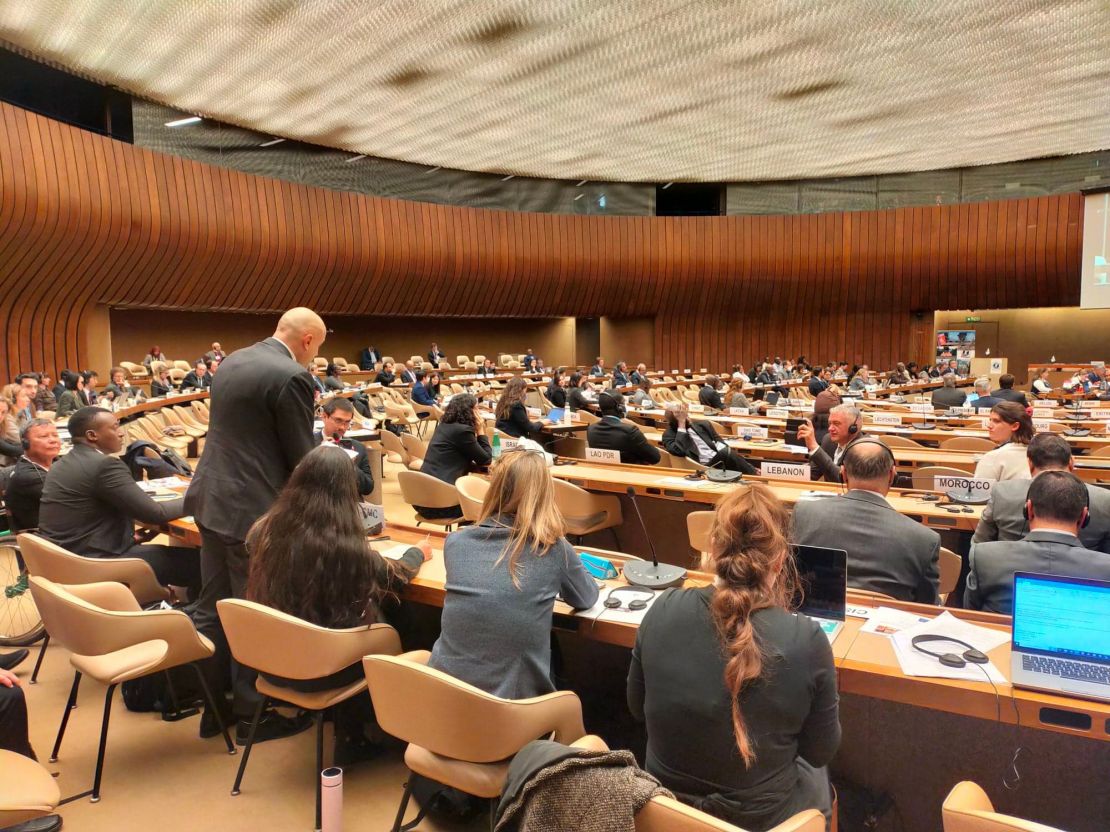 Zoran Jesic, a survivor from landmine, is delivering the statement on Victim Assistance on behalf of the ICBL and stessing the importance for States to assist people injured by landmines and ERW, the families of those killed and injured, and affected comm | ©HI

From 21st to 25th November 2022, HI took part in the 20th Meeting of the States Parties to the Ottawa Treaty, a good opportunity to celebrate the 25th Anniversary of the Treaty and the 30th anniversary of the International Campaign to Ban Landmines.

As a co-founder of the International Campaign to Ban Landmines (ICBL), HI took part to the Meeting of the States Parties to the Anti-Personnel Mine Ban Convention (APMBC), at the UN in Geneva, under the Colombian presidency. It was the occasion to celebrate the successes of the Ottawa Treaty but also address the remaining and new challenges.

Like every year, HI participated in the Meeting of States Parties to the APMBC together with other civil society organizations, survivors, UN agencies, the ICRC as well as representatives of more than 100 of the 164 States that have accepted to be bound by the Convention. A dozen of the 33 states not party to the Convention, such as Lebanon, Myanmar, Laos or Israel were also present to follow the discussion.

This 20th meeting of the States Parties was the occasion to celebrate the 25th anniversary of the Ottawa Treaty which marked an unprecedented diplomatic victory and led to a decline in the number of casualties, the clearance of some contaminated areas, the destruction of millions of mines and the implementation of activities to assist victims.

However, remaining and new challenges have also been discussed. Indeed, after 15 years of steady decline, the number of casualties of landmines and explosive remnants of war (ERW) has been increasing – reaching 5.544 in 2021 according to the Landmine Monitor. In 2022, the use of landmines by the Russian and Myanmar armies, as well as by non-state armed groups in five countries (Central African Republic, Colombia, the Democratic Republic of Congo, India and Myanmar) are the main factors behind a sharp global increase in the use of these weapons. During the meeting, States and other stakeholders expressed grave concern over these new uses.

Other challenges have also been highlighted, such as the slowed pace towards land clearance goals and scarce assistance for survivors and affected communities. Alarmingly, in 2021, the international support for victim assistance (VA) activities reached its lowest level recorded since 2016. 27 States Parties with significant numbers of landmines and ERW survivors did not receive any direct VA funding.

Ensuring the voice of people affected is heard

ICBL ambassadors and a team of landmine survivor advocates and experts from different continents traveled to Geneva to deliver statements and be involved in different activities. HI organized a discussion on the importance of involving affected communities in mine action interventions – taking the example of the department of Cauca, Colombia - in order to bring about transformative changes that ease tensions related to land tenure between farmers and indigenous people. Two community leaders from Cauca were present in Geneva to share their experience.

The Victim Assistance Experts Meeting was held in parallel with the plenary sessions and aimed to improve understanding on rehabilitation and the challenges and gaps faced in delivering quality rehabilitation services in an efficient, affordable and sustainable manner. HI participated in this VA Experts Meeting by moderating a panel on community-based rehabilitation and talking about how to integrate rehabilitation in the humanitarian response taking the example of our experience in Afghanistan. HI also presented how VA is a shared responsibility between various national stakeholders in affected countries, between relevant ministries (health, employment, poverty reduction, etc.) and humanitarian mine action operators.

Together with representatives from the European Union, Germany and Colombia, HI announced the launch of the Global Conference on Victim Assistance to be held in the second half of 2023 in Cambodia, in which HI will participate.

As a next step, the intersessional meeting of the Ottawa Treaty will take place in June 2023 under the German presidency. 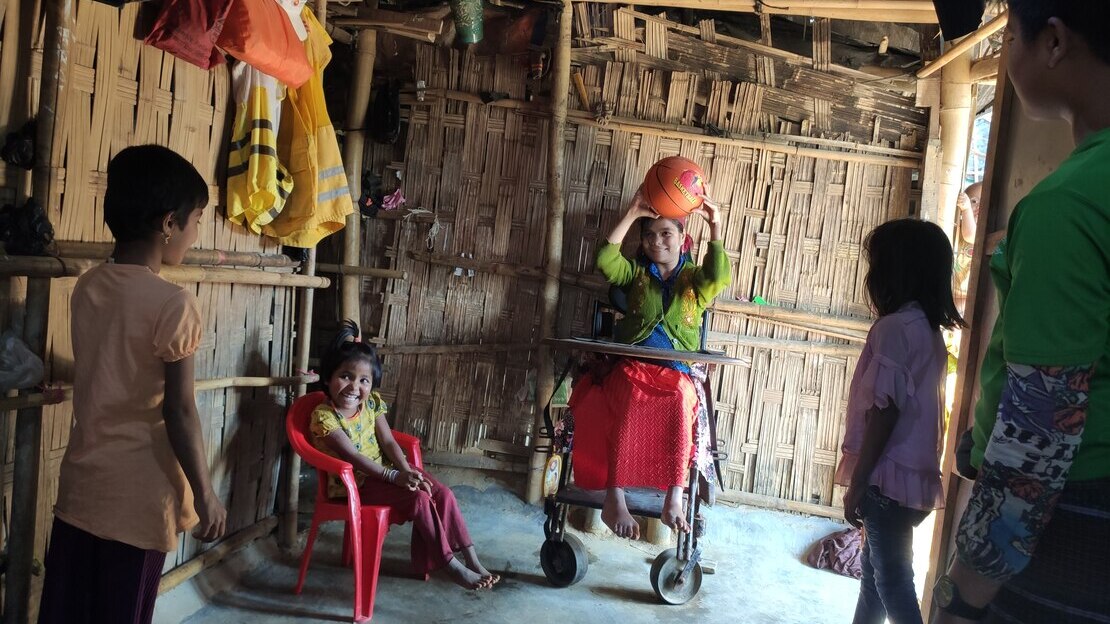 Forida’s dream came true: her daughters play with the other children 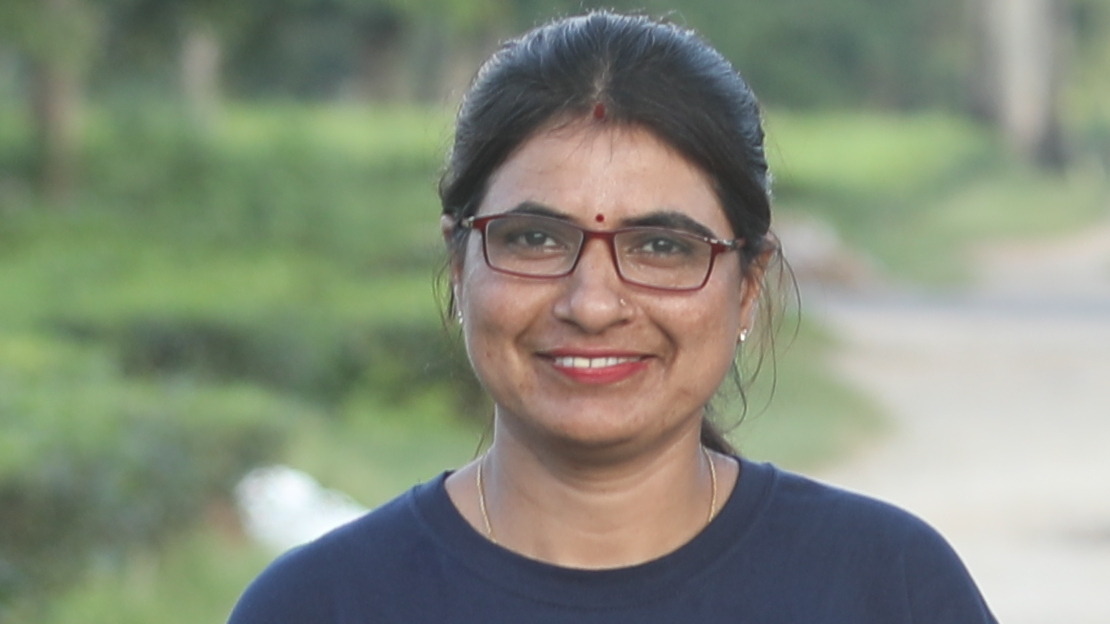