How to conduct humanitarian operations in Yemen 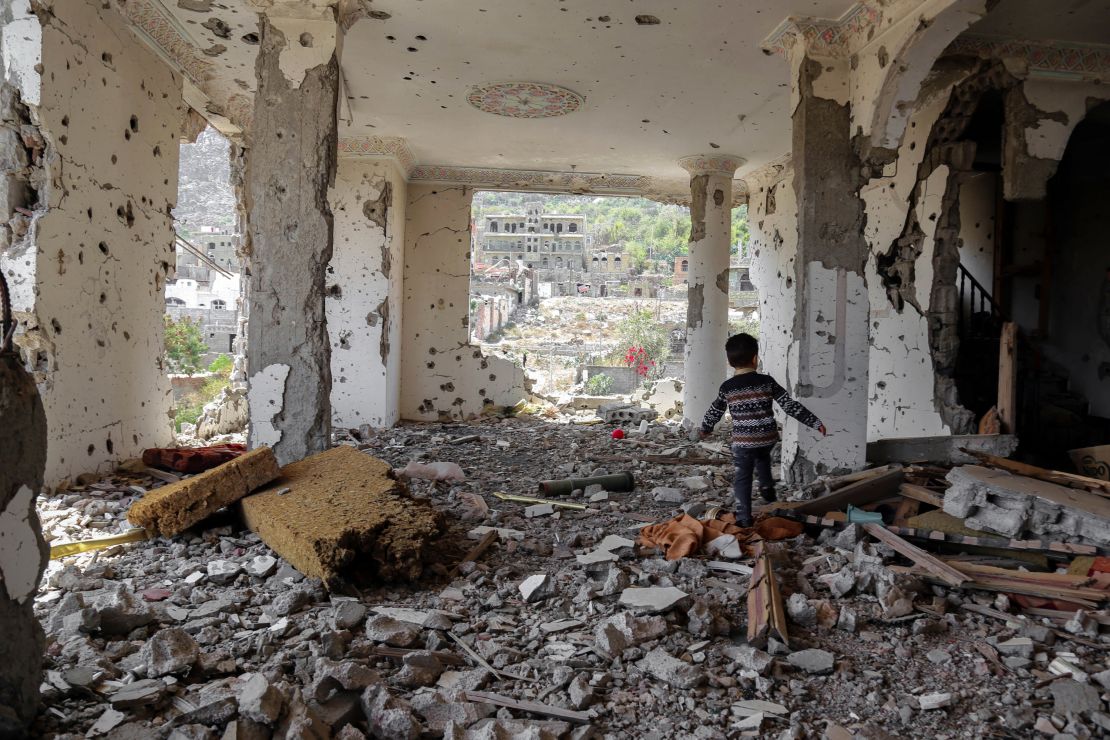 Yemen, conflict. A Yemeni child walks through the rubble of a building that was destroyed during an air strike in the southern Yemen town of Taez. March 2018. | © Ahmad AL-BASHA / AFP

Maud Bellon, the director of HI’s operations in Yemen, describes the situation in Sana'a, where the organisation is based and provides humanitarian response.

Today, our physiotherapist Aiman and psychosocial worker Sana spent time in the city's rehabilitation centre. They saw about fifteen patients fitted – or soon to be fitted - by the centre. They gave them a check-up and did exercises with them.

They spent most of their time with a new patient, Afraq. Afraq is 12 years old. She lives in the countryside. Three months ago, she stepped on a mine as she gathered wood to cook dinner. Doctors had to immediately amputate her left leg.

She’s now ready to be fitted with her prosthesis. Her stump is healthy and has the right muscle tone. It has healed well and doesn’t weep. We took her measurements and made a cast for the centre, which is going to make her first prosthesis. We covered the costs. I say "first" because as she grows, she’ll have to change her prosthesis regularly.

Last week, we replaced her underarm hospital crutches with elbow crutches. The elbow cuffs and handgrips will help her posture – she’s less stiff already - and make the crutches easier to handle. She has fewer problems now, and it takes her less time to move from around.

Sana’s psychological support is vital. People are often left in a state of shock after an amputation. Afraq has lost confidence in herself. She needs to be reassured that she can still live a normal life and play with her friends like any other girl, even though she wears a prosthesis. She shouldn't be scared to run around, for example.

Once her prosthesis has been made, we’ll begin doing exercises with her and teach her how to use it, put it on and walk with it. She’ll need about ten half-hour sessions over several days.

The security situation in Sana'a is quite calm at the moment. There have been almost no bomb attacks for a few weeks now. We meet in the office at 8am.

The teams then travels to the eight hospitals and rehabilitation centres where we work. It takes 20 minutes to an hour to drive there from the office, depending on where it is. Needs vary, so they work in teams of two to eight people, including physiotherapists and psychosocial workers. They spend the day there and come back at 3pm.

They provide casualties with rehabilitation care and psychological support. They also provide support to physiotherapists in health facilities and train nurses and doctors in rehabilitation, demonstrate correct medical procedures, how to use equipment, etc.

There are peaks and troughs because the casualties arrive in waves, after bouts of fighting and violence. We have to deal with the sudden arrival of large numbers of patients. In Sana’a, we work in a mountainous area, so there are medical deserts. People come from very far to be treated. Many areas of Yemen are affected by service shortages (medical, social, etc.).