HI stands with the people of the Central African Republic 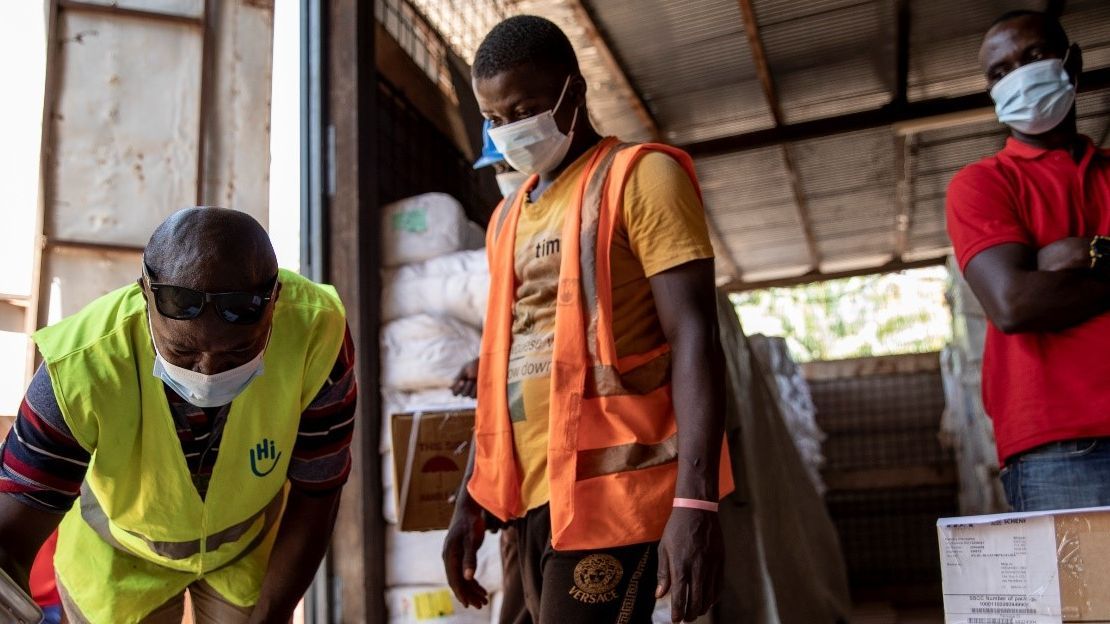 HI's logistics and rehabilitation services are assisting the most vulnerable people in CAR amid rising tensions.

HI implements health, logistics and inclusion projects in CAR. Based in Bangui, Bambari and Bangassou, its teams are ready to help people caught up in the worsening conflict.

“CAR has entered a new cycle of violence. Since mid-December, there has been a resurgence in fighting between government forces and their allies on the one hand, and the Coalition of Patriots for Change (CPC) on the other," explains Coralie Frémion, HI's Programme Director in the Central African Republic.

Population severely affected by the conflict

"CAR depends on imports for some food products, fuel and industrial products. For the last two months, traffic along the country's main road from Bangui to Douala in Cameroon, through which most imported goods usually transit, has been disrupted by insecurity and armed violence. This has impacted everyone in CAR because it has caused a spike in inflation. The price of rice in Bangui, for example, increased 43% in January 2021. The crisis affecting the country since December has resulted in more than 120,000 new internally displaced persons (IDPs) in addition to 600,000 people already displaced. A total of 1.3 million people are internally displaced or living in a neighbouring country, representing a quarter of the CAR population," says Coralie Frémion. “This raises serious concerns about the protection of civilians and humanitarian actors[1]. Yet despite this context and the insecurity, HI and many NGOs continue to provide assistance."

HI continuing its work despite the current challenges

Plans by HI to transport humanitarian cargo by air as part of its response are likely to play an increasingly important role in keeping supplies of humanitarian aid open. Air freight is

sometimes the only way to reach the most vulnerable people easily and quickly and covers 24 destinations. The six-person logistics team is on stand-by to deliver essential aid on behalf of all humanitarian organisations working in the country. Items transported include medicines, vaccines, COVID kits, and kits of essential items such as blankets, plastic sheets, soap, school kits and construction materials.

In addition, HI’s physical rehabilitation project has provided physical rehabilitation care to several injured people in Bambari, a town in the centre of the country, where armed clashes have taken place. HI's nine-person team provides physiotherapy, psychosocial support, mobility aids, prostheses and orthoses to people with disabilities and injuries in the region. Last January, 70% of our patients were wounded in the conflict. All had bullet wounds. As Bambari was the scene of new clashes between the belligerent parties in February, this figure is likely to rise.

[1] In 2021, 2.8 million people in CAR - 57% of the population - will require humanitarian assistance and protection (source OCHA)