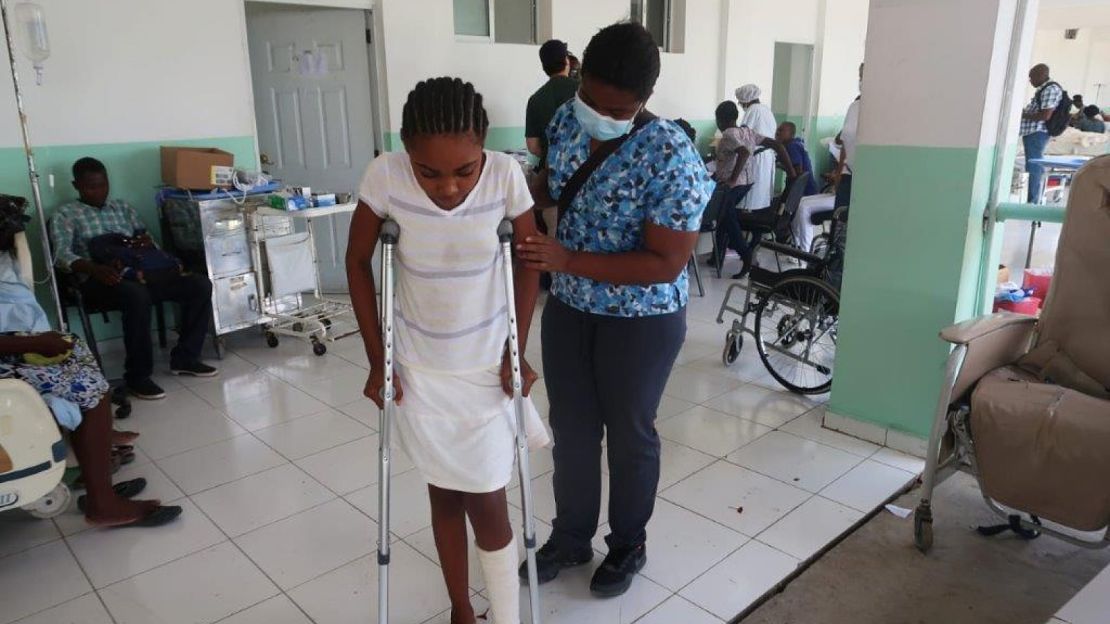 After a fracture caused by the August 14 earthquake, Stephanie learns to walk on crutches with physical therapist Frédia in partnership with HI in the Cayes, Haiti. 2021 | © R.CREWS/ HI

Stephanie and her aunt Valerie learn rehabilitation exercises and receive mobility aids from HI physical therapy reinforcements after both were injured in the collapse of their home.

12-year old Stephanie sits next to her aunt Valerie at the OFATMA hospital in the Cayes, weeks after the earthquake devastated the region. The two are among the dozens of people in the same ward that were injured by the collapse of their home on August 14th.

Stephanie was inside her house when a trembling wall fell and fractured her tibia. Her aunt Valerie was outside when the shaking began, but rushed inside to save Stephanie, severely injuring her foot on falling concrete in the process. Neither has been able to walk on their own since the incident.

Both Stephanie and her aunt are receiving care from the HI team and physical therapists brought in by HI and its partner FONTEN (Fondation Tous Ensemble). The team has given them new crutches and taught them how to walk without causing further damage.

Stephanie is also learning to practice isolated exercises while her leg is in a cast for the next six weeks. This will prevent her toes, knee and ankle from developing any long-term consequences as a result of immobility. 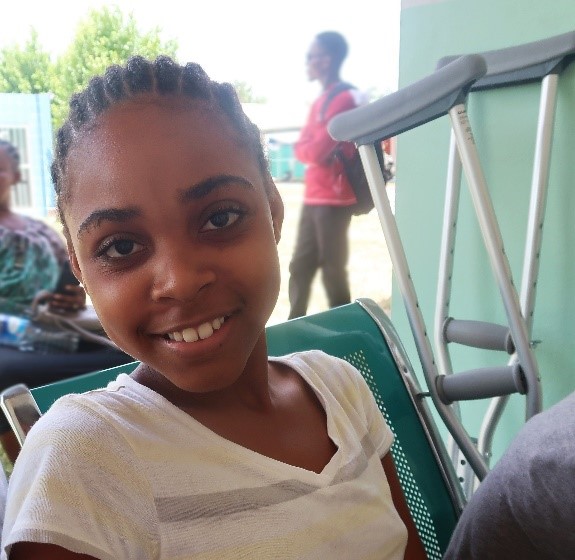 “I’m happy that I can walk on crutches now,” Stephanie says. “I don’t like being carried around, and now I can be independent again.”

She will continue to see the physical therapists regularly throughout her healing process, and with the proper practices, she will be walking again in no time.

After two weeks in the hospital, Stephanie is eager to get back to her old life and hobbies. She is in level 3 at school, where writing is her favourite subject. Outside of school, she enjoys singing and hopes to become a doctor one day “to help other people with broken legs.”