Before I had my children, I didn't think about my amputation 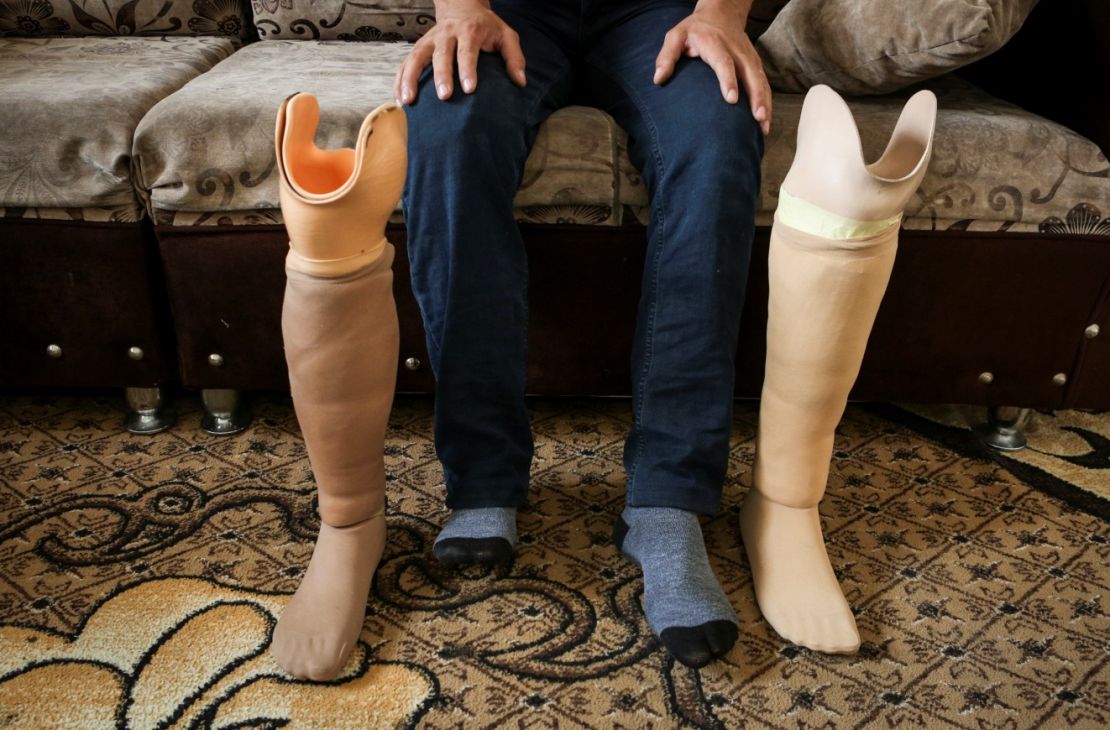 Hussein was amputated following a bombardment. He wears a prosthesis. He testifies on his difficulties as a disabled person to find a job | © O. Van de Broeck / HI

One day when he was back in Syria, Ibrahim heard gunfire close to where he was standing. He ran away in the opposite direction; right to the site where the bombs landed. Injured by a shrapnel wound to the leg, Ibrahim was transferred to Jordan where he was amputated. HI then fitted him with a prosthesis.

It was in Jordan that Ibrahim met his wife and his two sons were born. "When I was on my own it didn't matter to me that I had lost my leg. But my marriage has brought with it new responsibilities," he explains.

Ibrahim was a tiler in Syria. His disability means he can no longer work in this profession. He now works six days a week in a shop.  Average wages are already low in Jordan but are even lower for Syrian refugees. Despite working 12-hour days, Ibrahim struggles to cover the family’s expenses. "It wasn't easy to find a job. When you tell employers that you have had one leg amputated, they won't hire you. It is logical that money is the most important thing in our current situation. No-one can live without money," adds Ibrahim.

The Syrian family doesn't have any medical insurance. When the children are ill or need a vaccination, the parents take them to a private clinic where they have to pay for the consultation and any medical treatment required.

As for Ibrahim's prosthesis, he has learned to repair it himself. He is already on his seventh prosthesis since his amputation. After each operation, the shape of his stump changes, requiring a new prosthesis. "HI gave me the last one. I particularly like the fact that the teams call me on a regular basis and provide proper follow-up for the maintenance. The prosthesis has become part of me. I know every last little part. When something breaks, I've learned how to replace the broken part with a spare from my other prostheses. The only part I can't replace is the silicone section. If that breaks, I contact HI," explains Ibrahim.

Little things remind him about his amputation, "When I see people running, I miss it and would love to be able to do the same. I've tried but unsuccessfully." His family helps him as best they can, and his children too. This makes him feel even worse as he would like to be the one his family rely on, not the other way around.

Ibrahim is one of the hundreds of people interviewed by HI and iMMAP in 2018 to better understand the circumstances of people with disabilities amongst the Syrian refugee populations in Jordan and Lebanon, and the barriers they face in accessing humanitarian aid.

According to the results of this study, one Syrian refugee in five has a disability and much more can be done to better include people with disabilities in humanitarian interventions.