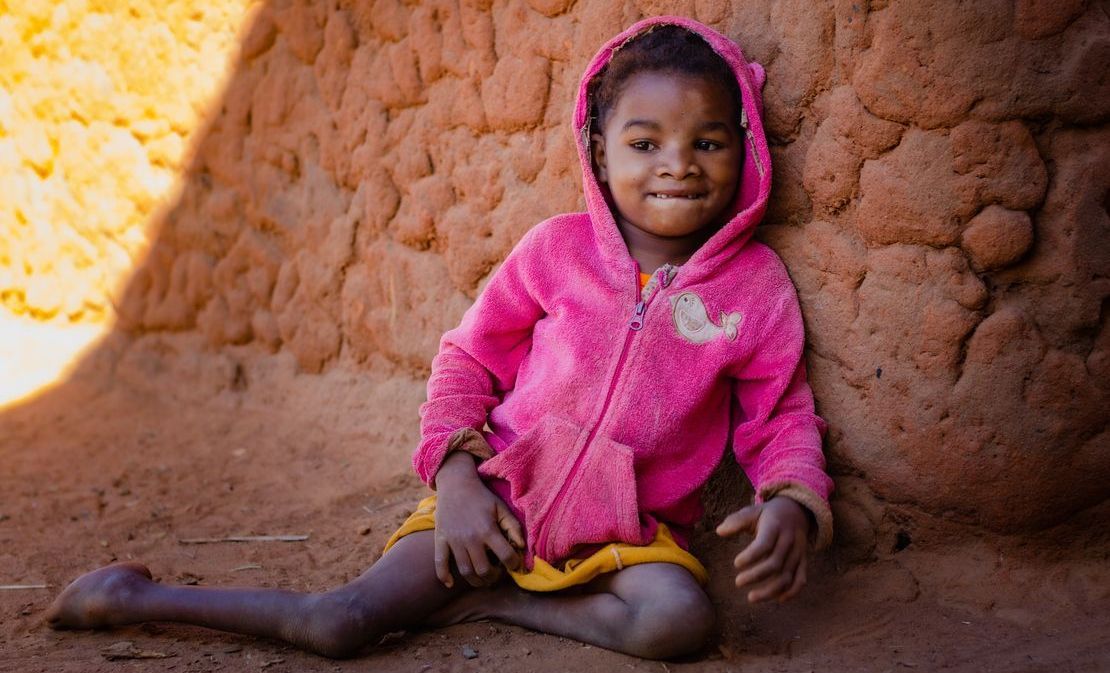 Avotavy used to spend all day alone because of her disability. With rehabilitation from HI, she has improved her mobility and gained the confidence to make friends.

Her disability affected more than her legs

Avotavy is 9 years old. She lives with her mother, father, her older sister and her little brother in a tiny one-room house in Bezaha, Madagascar. Avotavy was born with a disability that affects her legs, so she is not able to walk or stand on her own. Her lack of mobility had a significant impact on Avotavy’s confidence. Though she could easily move her arms and speak, she spent most of her time sitting completely still, alone and silent in a corner.

One day, Avotavy met with Germaine, a community agent trained by HI to identify people in vulnerable households who could benefit from rehabilitation services. She connected Avotavy’s parents to an HI partner physical therapist who helps her perform exercises and massages her leg muscles to relieve tension. They also teach Avotavy’s parents how to continue the exercises at home. After attending only three sessions, her mobility began to improve – and so did her confidence.

“She is now able to crawl, which she could never do before,” her mother explains. “She can also move her feet and sit up on her own. Now that she is moving, she has friends. She runs all around the village on her hands and knees playing games with the other children. Some days she is gone all day playing and laughing. It has made a huge difference!”

Avotavy says that her favorite game to play is “kitchen” where she pretends to prepare meals using dirt, leaves and rocks as her main ingredients. She and her friends also play a Malagasy game called “tantara” where they tell stories by hitting rocks together. Each rock represents a different character, similar to playing with dolls.

Her older sister teaches her what she learns at school, so Avotavy can write, draw, and even proudly count to ten in French! She has always dreamt of going to school herself, but has never been able to because of her disability.

HI’s staff have officially helped her enroll her in the upcoming school year, and they say that her mobility will have improved even more by the time classes start. Avotavy can’t wait. She says she will grow up to be a midwife one day.

As HI’s team leave Avotavy for the afternoon, her mother smiles wide and eagerly asks, “When is her next session?”