“The most intense cyclone season I have seen” 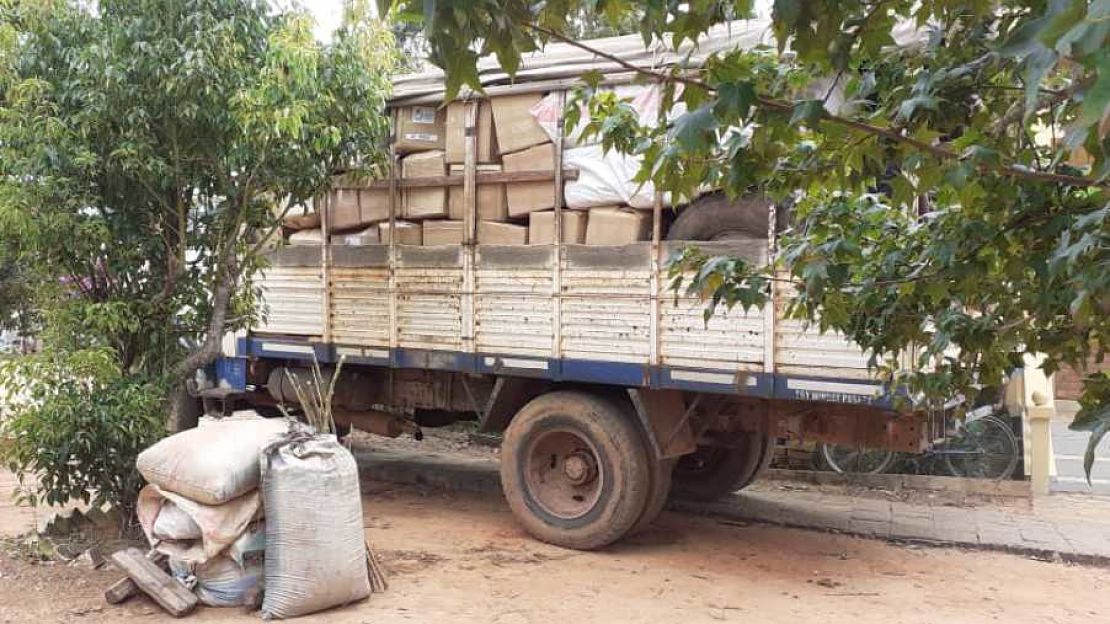 Right after the devastating passage of cyclone Batsirai, Madagascar prepares for a new storm: Emnati. HI doubles-down on response efforts before it makes landfall.

“This is the most intense cyclone season I have seen since I have been here,” says Vincent Dalonneau, director for HI Madagascar.

In late January, the northern areas of Madagascar were hit by the powerful tropical storm, Ana, which caused over 50 deaths and significant damage by winds and flooding. Less than two weeks later, the island was devastated by cyclone Batsirai, affecting over 143,000 people, destroying nearly 9,000 homes and taking the lives of over 120 people. The country is still struggling to evaluate the extent of damage caused by the powerful storm and meet the needs of its communities now left with nothing. A third tropical storm hit further north this week. While less intense than cyclone Batsirai, tropical storm Dumako caused significant flooding and impacted 6,000 households.

Despite the violence that families across Madagascar have already been exposed to over the course of a month, the end of cyclone season is not yet in sight. As thousands remain without homes, electricity, clean water or access to medical services, the disasters are expected to continue.

“Now, we are preparing for a big one, called Emnati, which will arrive soon,” says Vincent. “On February 22nd, it will be near the coast of Madagascar, and it is predicted to take roughly the same path as Batsirai, with the same intensity. They are estimating that it will be a very powerful cyclone, and it is gaining in strength now.”

In anticipation of cyclone Batsirai, HI prepared hundreds of emergency kits and supplies to distribute to affected families and vulnerable households. After performing extensive evaluations across the impacted regions, kits of kitchen supplies, household items, hygienic essentials and covid-19 prevention materials are ready to be distributed. With the arrival of Emnati quickly approaching, HI teams are expediting the distributions to respond as soon as possible.

“We are already starting to prepare for the storm,” Vincent says. We must not forget the first cyclone, but also prepare for this new one, so it is really complicated. We have to act quickly to distribute our emergency kits between today and Monday, February 21st before Emnati makes landfall, and then move our teams to safety. Our teams are so tired, and are having to prepare multiple emergencies at once, while living through them. After the cyclone passes, we will assess how the situation has evolved and how we can further support the most vulnerable populations.”