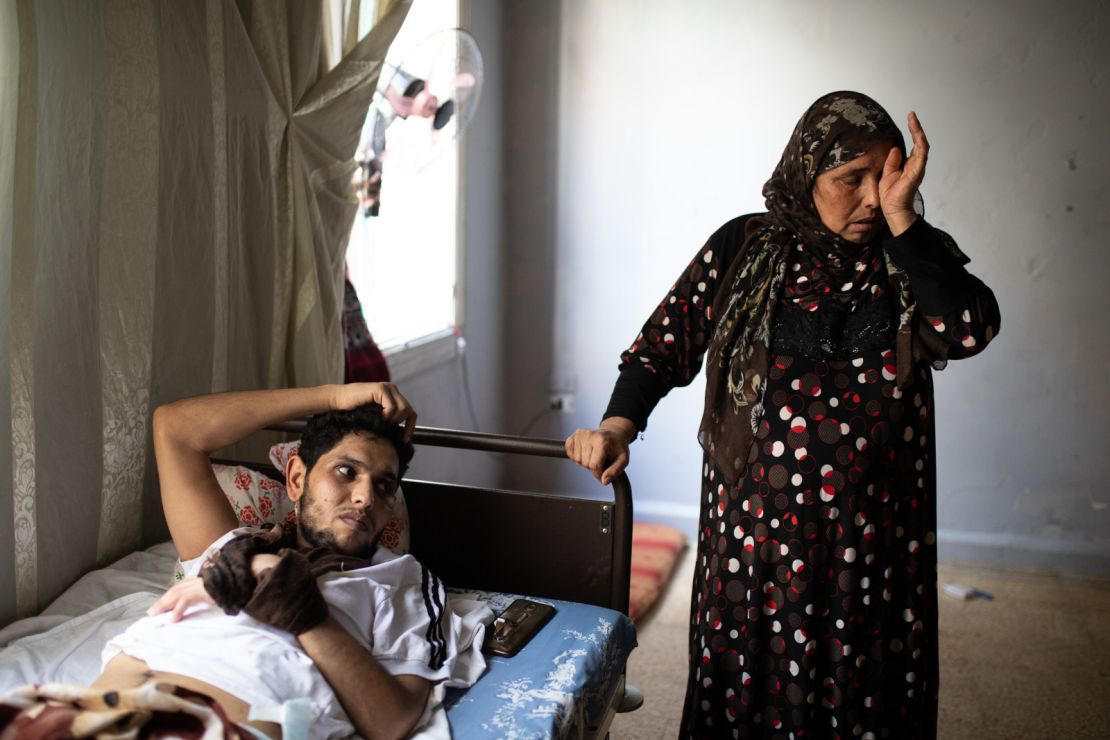 Ramadan Haj Dandal, 23, and his mother Houriya from Aleppo, in their house in Beirut. | ©Tom Nicholson / HI

Many of Beirut’s inhabitants have been affected by the explosions that ripped through the city’s port on 4 August. Ramadan, 23, a Syrian refugee from Aleppo, who now lives in Beirut, is one of them.

HI’s voluntary workers have been reaching out to the residents of two Beirut neighbourhoods - Quarantine and Basta - to identify people with injuries and those who need help to overcome their ordeal.

Ramadan lives in a house in a neighbourhood close to the port of Beirut with his mother Hourya. The young man was gravely injured in an explosion in Syria.

As he does not receive care for his multiple wrist, knee, and shoulder fractures, his health has begun to deteriorate. He also has a spinal cord injury that has left him paralyzed and an ulcer on his lower back.

HI’s teams met up with Ramadan to find out more about what had happened to him and provide him with emergency equipment and psychological first aid to relive his pain.

The seriousness of his injuries makes it impossible for him to move around on his own. Since the explosion in Syria, he has received no physical rehabilitation care and he has been bedridden for four months. Like everyone in a critical condition, the deterioration in the city’s health services has made him even more vulnerable than before.

HI will shortly provide him with a water mattress, orthotic devices, and a new wheelchair. He also benefits from an alert system set up by HI in case his ulcer worsens, and he needs urgent care.

HI will assist Ramadan to ensure continuity of care and prevent his condition from worsening. This assistance brings some degree of comfort to Ramadan and his mother. Like many Syrian refugees in Lebanon, they live in highly precarious conditions.

HI has worked in Lebanon since 1992. It provides assistance to the most vulnerable individuals and people with disabilities and helps include them in community life. It also implements demining projects in the north of the country where people’s lives are still at risk from explosive devices left over from the 15-year civil war, which ended in 1990.