“Stop Bombing Civilians” agreement: Who will adopt it? How will it be implemented? What will it change? 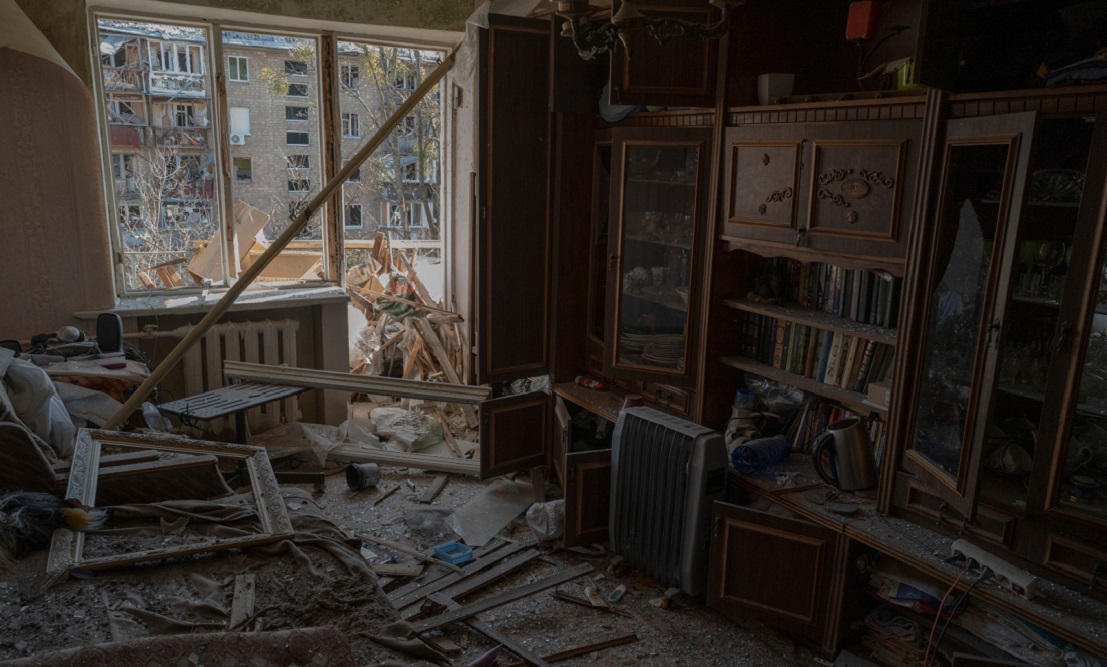 At about 8am a missile fell in this residential area of Kiev. One child was killed and 23 people were injured. | © V. de Viguerie / HI

The closing consultation for an international agreement to better protect civilians from explosive weapons in populated areas will take place on June 17, 2022 at the Palais des Nations in Geneva.

More than 60 State delegations, as well as representatives of international and civil society organisations are expected to participate in the meeting at which the final version of the international agreement will be presented. This consultation will conclude a two-year diplomatic process. HI will be continuing its dialogue with States to ensure that this text will effectively improve the protection of civilians living in conflict areas.

Two months later, the final version of the international agreement that will be presented on June 17 has a strong focus on the humanitarian impact of explosive weapons, including their reverberating effects. It contains strong language on victim assistance, clearance and risk education. But it is less ambitious than expected on the question related to the limitation of the use of explosive weapons in populated areas: The impact of the international agreement on the ground will depend on States political will to fully commit for the protection of civilians. If the agreement is endorsed by affected states, as well as states that are actively participating in military operations, HI does believe that this text can provide a starting point for states to change military policies and practices to ensure better protection of civilians and civilian objects from explosive weapons.

“The international agreement that we finalise on June 17 could be a breakthrough for the protection of civilians in war zone. But it will largely depend on what happens next. Will States join the agreement when it is put forward for adoption? Will they have the political will to implement it raising the bar higher to strengthen the current obligations under the International Humanitarian Law? This agreement requires States to strengthen the protection of civilians during military operations by regulating the use of explosive weapons in populated areas and by drastically limiting use of the heaviest explosive weapons. We will be watching the measures and policies they implement very closely. With the Explosive Weapons Monitor that we co-created in 2022, we will monitor military policies and practices to ensure better protection of civilian from explosive weapons.” Says Anne Héry, HI Director of Advocacy and Institutional Relations.

Massive and repeated use of these weapons in populated areas is one of the main causes of long-term humanitarian crises, and civilians are the principal victims.

Cities in Ukraine are currently enduring massive bombing. At least 8,000 civilians have been killed or injured since the beginning of the war on February 24, but the actual figures are certainly much higher. United Nations Human Rights Monitoring Mission in Ukraine says reports that “most of the civilian casualties recorded were caused by the use of explosive weapons with a wide-area effect, including shelling from heavy artillery and multiple launch rocket systems, and missile and air strikes.”

Vital infrastructure, including hospitals, houses, water supplies, etc., has been destroyed by bombing. Twelve million people have already fled to neighbouring countries or other parts of Ukraine. This massive and systematic bombing of populated areas has triggered the worst humanitarian crisis in Europe since World War II.

United Nations Secretary General António Guterres published his annual report on the protection of civilians in armed conflict on May 18, 2022 and recognises the ‘urgent need’ for parties to conflict to ‘avoid the use of explosive weapons with wide-area effects in populated areas’. Antonio Guterres also acknowledges the ‘reverberating effects on essential services such as water, sanitation, electricity and health care’ caused by bombing and shelling in populated area. In his report, António Guterres expresses his support for ‘continuing efforts towards a political declaration to address this problem’: ‘Such a declaration should include a clear commitment by States to avoid the use of wide-area effect explosive weapons in populated areas’.

Ninety percent of those killed and injured by explosive weapons in populated areas are civilians, according to Action on Armed Violence. Those injured are at risk of lifelong disabilities and severe psychological trauma.

Explosive weapons also have devastating indirect and long-term effects. They destroy infrastructure providing essential services such as healthcare, water, electricity, and sanitation, on which civilians rely heavily in times of conflict.